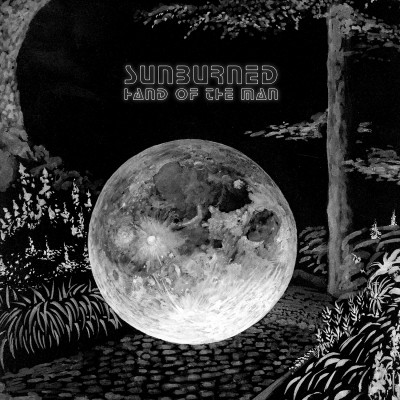 Pick A Day To Die by Sunburned Hand of The Man

I’ve not heard much Sunburned Hand of the Man before, but having discovered them as a result of them being announced for what is now (hopefully) to be this year’s Raw Power Festival, when I saw Pick A Day To Die in our submissions folder, I knew I had to dive in.

The albums open with ‘Dropped A Rock’ which reminds me of early in violet, as a result of its unusual melody and electro-acoustic instrumentation. The guitar plucking is hypnotic and the ambience intriguing. As a listener, I have no idea what is gonna come next and that makes a for solid intro. Production sounds nice too.

The title track ‘Pick A Day To Die’ enters the album affirming the electroacoustic mysticism of its predecessor before adding a groovy beat and assured vocals into the fray. The track is danceable and full of laid-back charisma. It reminds me of Nick Cave and The Bad Seeds and The Beta Band, bands with a reputation for being cool and sounding good. I find the lyrics unsettling, yet intriguing with excerpts such as “kiss your mother’s lips, taste the pan fire” being snarled out with a rugged Tom Waits-esque gravel. There’s a deserty, Summer-vibe to the sound. Its rich in midtones and tangible, analogue, acoustic layers.

‘Flex’ enters the album with luscious chorus on the guitar from the off-set, the first thing it brings to mind for me is psychedelic master producer Ott. This album is shaping up to be a great thing to drop acid, or I guess a great band to go watch when you’re in the post-coming up initial wave. Not quite crazy enough here for the peak. It’s very easy-going, really, if we’re gonna pair this album to a narcotic, then it’s gonna be sat in a park or your garden or your kitchen with some people smoking a joint, enjoying the sun and chilling out.

‘Black Lights’ has a sneaky opening, a quick burst of entropy before settling back down again. The drums have got a bit more oomph to them here and some funky, minimal guitar parts keep things ticking along nicely. I’m starting to get the feeling that this is like a casualty tent album for people who have done too much rock and rolling over the years. ‘Solved’ for whatever reason reminds me of the more subdued parts of Funkadelic’s body of work. I think it’s the gentle scale-surfing and the delayed vocals delivered with the sage confidence of the psychedelic shaman-style frontperson. The cymbal work at the end colliding against the guitar slides sounds really cool, reminds me of the parched, sunburnt stylings of Grails.

‘Initials’ takes things into an extremely wonky dimensions, the samples are really fucking weird. It’s like an episode of Jam, disturbing yet compelling. Mildly humorous at times as well. ‘Prix Fixe’ starts with guttural screams and swaggering instrumentation. If you know me, you can immediately see how this is my favourite song on the album. It’s like a punkrock version of Jeff Wayne’s Musical War of The Worlds. Really fucking cool, love the shredding. I love how they spend an entire album building to this eruption. The tapering off is really well-executed as well, the guitar noodling becomes softer and more David Gilmour-esque as the track progresses and the vocals become gentle choral.

Overall, I think Pick A Day To Die is a very well-constructed album. I enjoy the more chill first half for its laissez-faire approach to music and its inherent zen, but I appreciated that overall it feels like one big journey to its explosive conclusion. The album sounds great, there’s a kind of 70s production feel to it and whilst it’s not really in your face, it’s an album I can see a lot of people choosing for music to hangout and relax to without going house or ambient or some other bullshit. This album should convince new listeners to go and watch Sunburned Hand of the Man at this year’s Raw Power when festivals at long last return.