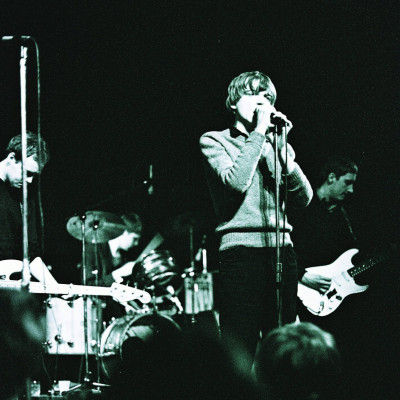 Live at St. Helens Technical College '81 by The Fall

“He learned a word today. The word’s misanthropy.” Really great quality recording capturing The Fall on scorching form in Feb ’81. The same month they recorded the remarkable Slates which makes up half the set. Do you need a 40 year old bootleg from a poorly attended college show? There’s no shortage of Fall live albums available so it seems a fair enough question to ask. In the same way there’s no definitive Fall album there could never be a definitive live one. It’s an absurd idea. That being said both Slates and Hex Enduction Hour (the album this line up would make later that year) are regularly near the top of any list of their best or most essential recordings. They’re at a peak and as a live document this could hardly be bettered so, you know, you really might.

This set finds its way to us via Marc Riley, then The Fall’s guitarist, who recognised it as one of the best live recordings he’d heard of the band. He passed it on to John Dwyer (of Oh Sees) knowing him to be a fan. Dwyer got over excited and asked to release it. Permissions were tracked down from the other members, the original bootlegger and the photographer of the cover and Castle Face will be donating 50% of profits to help the homeless in Manchester, through Centrepoint, so it’ll do a little good for people as well.

This is The Fall mk2. When there were two of them so to speak, Smith and Riley. Eliminating the first line up, Smith had already established himself as supreme leader and the long term backbone of Hanley and Scanlon was in place. The Fall were still in black and white. Wearing second hand clothes. ‘Pre Brix’ or ‘Early Fall’. Power cuts and gravy. No-one ever calls it the ‘Riley era’ which seems a touch unfair considering how highly regarded the stuff he wrote and played on is by The Fall faithful. Salford’s autodidact seminarian ultimately holding a hypnotic sway over his flock. As my dear friend Michael was recently moved to exclaim, not for the first time, “The Fall are the true faith.” This despite his duties as curate of the local parish.

In a Peel session the month after this gig Smith would introduce the hip priest. An equivocal character he both reviled and embodied. Here we unknowingly encounter him as a figure along the canal towpath, looming in the pale light and fag smoke haze of 70’s Lancashire. A coat of grease and soot. The old world fragmented, cut and folded. Stinging white lines form dense webs of words before the gramme slur. His delivery is a finger jab between the eyes, the guitars an insectoid swarm. Steve Hanley’s melodic bass playing swims through the scratchy clatter but isn’t yet the deep driving rumble it would become. They still sound pinched and cold, strangers to the sun.

‘Blob ’59’ is an introductory slate wipe, Smith throws in a few lines of a sketch for ‘Lie Dream Of Casino Soul’ and then ‘Prole Art Threat’ roars out, a provocation and statement of intent. ‘Jawbone and The Air Rifle’ is already fully formed, ‘City Hobgoblins’ is wired and mischievous. Excellent versions of ‘Leave the Capitol’ and ‘The NWRA’ might be the highpoint of the album but the whole thing is fantastic, ‘Muzorewi’s Daughter’, the oldest song in the set, is the only time you feel a slight drag on the band’s intensity. They finish on a driving ‘Slates, Slags, Etc’, a teeth grind march, noise and bile over battering drums, the definitive rant. 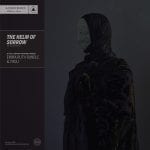 Emma Ruth Rundle & Thou – The Helm of Sorrow