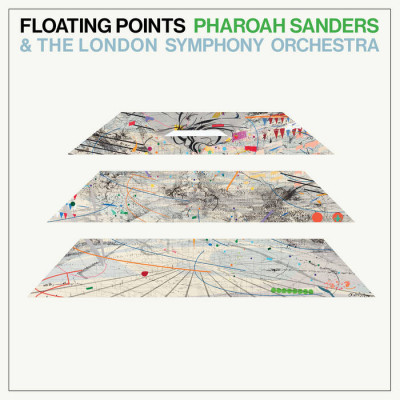 The piece starts with a single sound. Bandcamp’s excellent review describes this riff as a “mantric metronome”, which perfectly describes its function in the work. This runs throughout the first eight of nine movements, only abating near the end of ‘Movement 8’. The device then ebbs away like a spirit escaping a body deprived of its heartbeat. This is replaced by euphoric block chords on an organ, that reverberate into the void, before returning, only to be cut off suddenly. What does it all mean?!

Promises was five years in the making and worth the time and effort its various collaborators put in. A truly transcendental experience, it’s unlike anything that’s been made before. Its sparsity alone is breathtaking. Promises takes the form of a continuous 46-minute excursion that seemingly marries composition and improvisation.

Floating Points has already carved out a singular career that’s long since seen the artist shake off any early concerns of being a poor man’s Four Tet. Now, an artist who had already found their voice has masterminded something quite spectacular. Some of the the electronic interventions throughout are so subtle as to be hardly noticeable on first listen. Yet on closer inspection, Floating Points contributions are the very foundation of this great work, shaping and colouring with finesse, and, during ‘Movement 7’, twinkling as if to suggest the stars in the sky.

Pharoah Sanders should similarly need no introduction. Best known for collaborations with John Coltrane, the saxophonist also has associations with Sun Ra and has, over the artist’s canon, taken numerous stylistic turns, all the while bringing a unique philosophical and religious worldview to jazz. Here, Sanders forgoes any more extrovert and experimental tendencies in favour of a restrained, emotive, harmonic language that brings a humanity to the piece. The sax’s tone is earthy and very much of-this-world. During ‘Movement 4’ Sanders offers a wordless vocal. At all turns, the playing is exactly what is required. Aged 80, this may turn out to be Sanders’ swansong. If it is, it’s quite a way to bow out.

Whilst attributed to the London Symphony Orchestra, in truth, it’s only that grand ensemble’s string section that appears on this album. The strings swell at various points, adding weight and gravitas to an already potent blend.

It would be lazy to call Promises jazz techno. In truth it’s neither jazz nor techno. If third stream was defined as a mixture of jazz and classical music, perhaps an apt descriptor would be fourth stream, given the addition of Floating Points’ ambience to the mix. Karriem Riggins and Madlib’s 2020 album as Jahari Massamba Unit eschewed the term spiritual jazz in favour of Phil Ranelin’s term black classical music. Perhaps that would be a more fitting descriptor. In truth, though, genre tags do not fit albums as graceful and fluid as what we have here.

‘Movement 9’ provides an unexpected, pseudo-Romantic coda. All in all Promises adds up to one of the best records of the millennium so far, a meditative masterpiece that deserves a wide audience.