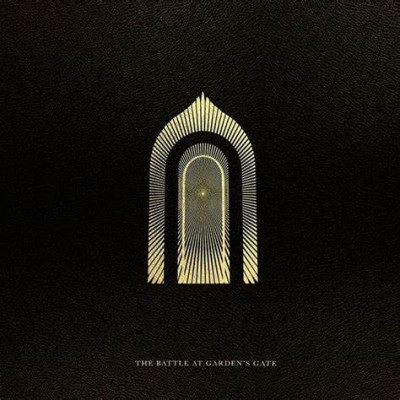 The Battle at Garden's Gate by Greta Van Fleet

There is nothing like a band that can split opinion and get a debate started. Michigan’s Greta Van Fleet(GVF) have been labelled classic rock’s saviours by some while over hyped plagiarists by others. Of course, lesser likely headline making views are those which lie somewhere in-between, like GVF might just simply be a good rock band. For this reviewer, their Led Zeppelin heavy music brings-to mind a similar kind of fuss that was greeted with the arrival of Kingdom Come back in the late eighties. Though the eras big difference is in the last few years there are those with opinions (stand up Gene Simmons) that never tire of telling us that rock is dead, so greater importance seems to have been thrust onto the young shoulders of the GVF boys. That is some heavy pressure to carry.

Fair play to the band though as they have simply got on with making music. They have sold 2 million albums worldwide so far, which is a great achievement for a young rock band in an age when rock is supposedly defunct. But who is buying their records? Are youngsters getting into them and discovering rock through them or is it just a case of older rockers grabbing onto a band that reminds them so much of their 70’s heroes? Or is it a case of all ages are digging some new old rock?

So, I come into second album The Battle at Garden’s Gate with liking a few of their earlier tunes but find the Robert Plant on helium vocals a tad too much to bear over long periods of time. And the less likely they sound like you know who the better chance I probably will have of appreciating them more highly. And for the record yes, I am a Led Zeppelin fan and no, I didn’t buy into Kingdom Come.

Well, for a start The Battle at Garden’s Gate isn’t going to help them break free from their Zep associations or the vocals being too overbearing when I’m not in the right mood. On the other hand, it is good to hear a recent classic rock inspired band take their heroes exploratory expansive visions. This does make GVF swing from the same tree as Rival Sons who also have the desire and ability to break free from the constraints so many other New Wave of Classic Rock contemporaries seem to be chained to – a predictable tried and tested template free from experimentation in the hope they might get played on the extremely conservative Planet Rock radio station. The excellent ‘Age of Machine’ is big and bold and ‘Built By Nations’ struts its Zep stuff like proud warriors from Valhalla. While ‘Broken Bells’ and ‘Stardust Chords’ demonstrates their wider thinking chops with an additional string section.

There isn’t really a bad song across the album it just depends how closely they resemble those rock giants bothers you or not. There are times I can enjoy The Battle of Garden’s Gate and other times I can’t give it five minutes. It isn’t going to change the world, but it is a decent rock album. It is more expansive and therefore bolder than their previous work. But, the big question is can they succeed where the Rival Sons have – who have injected a deeper sense of Soulful Blues in their take on vintage rock – and evolve with a sound they have distinctively carved out for themselves. They do have time on their side and I wish them well.