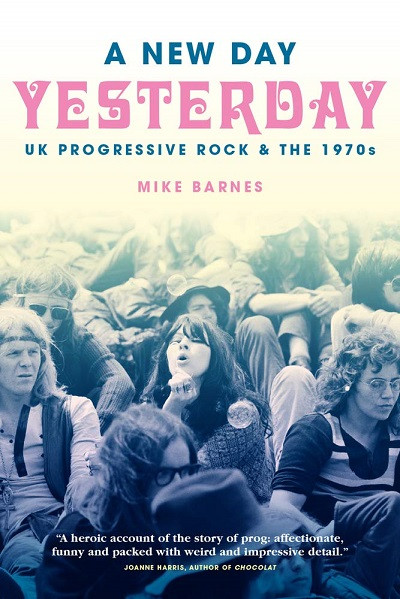 Stop me if you’ve heard this one. It’s May of 2000, and I just walked out around 30 minutes into this piece of shit film starring Norm MacDonald, Dave Chappelle, Danny DeVito, and the late great Elaine Stritch entitled, Screwed. Believe me, I was ‘Screwed’ watching this crappy film. But I waited for that great moment for Elaine to say the famous line; “Wwwwwhhhhhhoooooooo Cares?!”

My sister had picked me up and we went to Soundwaves. I went there to find something that would tickle my fancy. And I was looking in the “K” section, and I see this screaming face. It was King Crimson’s 1969 debut album, In the Court of the Crimson King. I remember buying the album during my last semester in Middle School as I was about to enter the ninth grade as a freshmen.

I put the album on my portable CD player, and it was like a nuclear bomb waiting to explode at the right moment. This was like nothing you ever heard. It was the right album at the right time. During that time period you had the self-indulgent crap of all that Boy Band and Nu-Metal genre along with MTV’s TRL. It made me want to vomit all over that fucking shit and give Carson, the BIG giant middle finger!

For Crimson’s music, it was like giving Carson “Smiling” Daly, the big giant middle finger. But Crimson were never considered Prog. Never, ever mentioned the “P” word to Robert Fripp. In an interview six years ago that he did with Rob Hughes from Classic Rock Magazine, he has an issue with that and says “If you walk on stage and you’re playing music, fine. But if you’re walking on stage and you’re playing progressive rock: death. It began as underground rock, became art rock, then progressive rock.”

For me, I consider them, Futuristic Tribal Rock. But when it comes to Mike Barnes, who had wrote a book about Captain Beefheart; writing for MOJO, The Wire, and Prog Magazine, has written a book about the genre entitled: A New Day Yesterday: UK Progressive Rock & the 1970’s. It is the story about the misconception and study about the genre and the trip down memory lane when it started back in the late’ 60s in the psychedelic movement.

From it’s booming genre to the golden-era of the 1970s, Barnes makes sure that the genre doesn’t get typecast. He has done his homework so well, it is time for us to take a trip towards the Flying Teapots into the Land of the Grey and Pink. Clocking in at 616 pages and published by Omnibus Press, the big six are mentioned from Jethro Tull, King Crimson, Genesis, ELP, Pink Floyd, and Yes. But it’s more than just the big six.

It shows that at times Prog is more than just a four letter word. But it goes beyond the music that can be beautiful, weird, hypnotic, and brutal at the same time. Reading this book, it makes you want to go ahead and dig out your Gong, Van der Graaf, and Camel albums while not just going through Barnes’ book, but listening at the same time.

So it is not just stories from J.R.R. Tolkien and Dungeons and Dragons, but as Mike mentions in the foreword notes; “Fearlessly breaking into new areas, and initiating new musical forms.” So while some of the journalists and Punk tried to deride it as “Dinosaur Rock”, it is still going strong. Frank Zappa once said; “Jazz isn’t dead, it just smells funny.” Prog Rock isn’t dead, but it does smell funny thanks to the internet and YouTube.

Barnes goes through sections about the history, the youth, fashion clothings, and interviewing some of the people who were part of the movement; rebelled against their parents or emulate their heroes, Melody Maker’s own Richard Williams talking about how there was much freedom writing for music papers at the beginning of the ‘70s as the ‘60s were closing the curtain down.

Some of the bands who often get under the radar including Barclay James Harvest, Renaissance, Arthur Brown’s Kingdom Come, Strawbs, Curved Air, and a brief history about the story of one of the most obscure bands Gracious told by members Robert Lipson, Alan Cowderoy, and Tim Wheatley in Chapter 25. For me, it was a great opportunity to not just listen to the albums from my High School and College years, but Barnes showing a bit of recognition.

While the Book is dedicated to the UK bands from that time period, there is small history about the Krautrock movement. There is also a moment in the book where Mike interviews the infamous Nick Kent from the NME (New Musical Express) who was blown away by Crimson’s breakthrough performance at Hyde Park in 1969, admired The Nice, and his snarling review of the Floyd’s performance at the Empire Pool in 1974. Nick has a little soft-spot for the genre.

At first, Barnes was hesitant to write this book, but for him to draw back into the world once more, A New Day Yesterday is quite the journey. And while I wished there was a European chapter in the book covering bands such as Supersister, Earth & Fire, the Italian Prog movement, and Focus, this is to paraphrase the Soft Machine, a Hope for Happiness.

So if you loved Mark Powell’s book; Prophets and Sages: An Illustrated Guide to Underground and Progressive Rock 1967-1975, A New Day Yesterday is the perfect stage to delve back into the albums from Curved Air’s Second Album to Hawkwind’s Warrior on the Edge of Time. Because you’ll never know, you might make a landing into the Hall of the Mountain Grill one day!