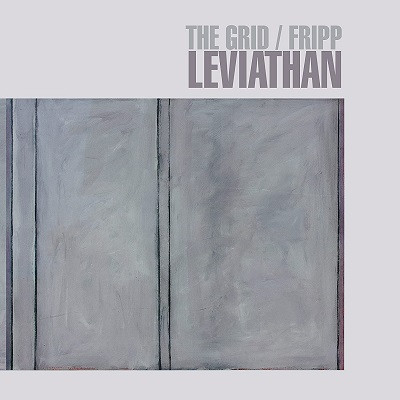 Leviathan by The Grid / Fripp

While everything came to a screeching halt in March of last year, Robert Fripp himself shows that he’s a very busy man. But he does have time show a bit fun during the pandemic with his wife Toyah Wilcox. They would not only do cover songs from Iron Maiden, Black Sabbath, and David Bowie, but humorous videos as well for Toyah and Robert’s Sunday Lunch.

The Grid has been around since 1988 which consists of Soft Cell’s David Ball and Richard Norris and former lead singer Sacha Rebecca Souter. While they want to get away from being just a House group, they had hit singles such as ‘Swamp Thing’, ‘Rollercoaster’, and ‘Crystal Clear’. The duo have released six albums from 1990 to 2018.

This year, the duo have collaborated once more with Robert Fripp who appeared as a guest on their 2008 fourth studio album, Doppelgänger. Leviathan is a journey into the unknown. Released on the DGM label, this collaboration is not only an amazing combination, but what the 25th century might have in store for us. Like Fripp’s teamwork from Brian Eno, Andy Summers, Theo Travis to Japan’s David Sylvian, he and The Grid blend well together. And the usage of Frippertronics that are on this album will take you back in time between No Pussyfooting and the Evening Star period from 1973 to 1975.

‘Empire’ opens the album off with a barrel wasteland of sorts. The blaring synths and guitars set up this landscape of a futuristic Los Angeles time frame that Ridley Scott envisioned from his 1982 sci-fi cult classic, Blade Runner. ‘Milkwood’ sees Fripp taking the listener’s hand and going into the dominated areas throughout the sun rising beauty of the forest with its relaxed and calming techniques.

Listening to ‘Pulse Detected’, the throbbing sounds that The Grid are using, I imagine they used a EMS VCS3, followed by a one-repeat echo that is a nod to the opening themes on Pink Floyd’s ‘Welcome to the Machine’. It is like walking through the hottest part of the jungle at 112 degrees Fahrenheit with its ominous, haunting, and visual-eye approach. ‘Loom’ is the trio’s alternate score to Nicolas Roeg’s 1976 classic, The Man Who Fell to Earth starring David Bowie. Tackling the themes of loneliness and isolation, you feel for Thomas Jerome Newton as he is trapped inside this luxurious hotel room for a long, long time with no chance of escape whilst being used as an excuse by the government’s corruption for science experiments as bait.

The title-track jumps left and right for the synthesizers that will make you go for a walk during your morning, afternoon, and evening exercises. It has that 8-bit video game soundscape that they would create as if we are looking from outside of our solar system and viewing eight different planets and being in awe of its beauty. ‘After the Rain’ is finally going through an exhausting walk throughout the challenging journey of the jungle, as the rain pours down for that swinging and scatting trip-electro-hop vibration to hit the dance floor. ‘Zhora’ is their nod to the Force Majeure-era from Tangerine Dream with some boom-boxing drumbeats. The bass synths have this mouse speeding through small ladders as the clock begins ticking rapidly and bubbling noises make it perfect for a witches brew.

And then, the revival of the Trans-Europe Express arrives unexpectedly. As you climb, you may never know when the train is going to the next destination of The Grid and Fripp’s answer to the Twilight Zone. ‘Fire Tower’ has these world thumping and African beats. Fripp tips his hat to Peter Gabriel’s support for human rights, the composition has a nightmarish view on a politically divided country between the left and right. And the music that they vision, shows an image that isn’t a pretty picture in front of our own eyes.

The closing track ‘Sympatico’ is a calm after the storm. The three of them takes us into a joyous celebration to hit the dance floor for a final curtain call. Ball and Norris bring the disco balls glowing spin shining brightly knowing that while we’re living in tricky times, inside one of those dance clubs, is an escape from the outside world.

Now while I’m very new to The Grid’s music, Leviathan is quite the challenge that’s been unleashed this year. However, it was a ride I will never forget. Compelling and at times on the edge of your seat, Leviathan is an imaginative movie that David Ball, Richard Norris, and Robert Fripp have brought to the screen this year.