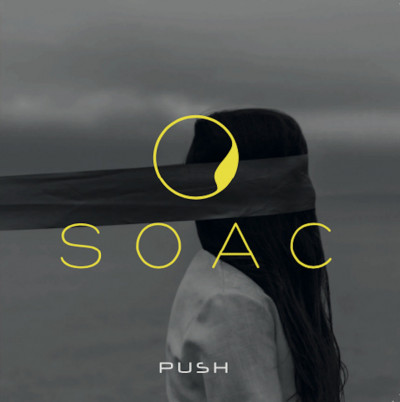 Push by Sons Of Alpha Centauri

On paper this may seem a strange collaboration as UK instrumentalists Sons Of Alpha Centauri (SOAC) has teamed up with Sacremnto legends Jonah Matranga (Far/Onelinedrawing) on vocals and Mitch Wheeler (Will Haven/The Abominable Iron Sloth) on drums and created a vintage post-hardcore album. In retrospect SOAC has always had a vein of post-hardcore in its backbone which also pulsed in the UK scene when the band laid its foundation on Sound Devastation Records in the early 2000’s. On Push this influence comes to the surface and results in an album that any fan of Far really needs to hear.

This isn’t simply SOAC creating a new Far album but the aura of Jonah is such that any hint of post-hardcore can’t help but be linked to one of his projects. This is probably as hard as he has gone since 2010’s At Night We Live and lyrically it is a damning indictment on the world that a prolific creator such as himself can still be singing about vital issues without repetition across projects. On Push the lyrics tackle the dangers of gender stereotypes in ‘Boy and Girls’, opener ‘Get The Guns’ acts as an homage to the battle Hillary Clinton faced when running for President and the sexism it uncovered, and ‘Buried Under’ hits hard with “All our fathers made this monster, if we pass it to our sons, we are the ones to blame.” In true Jonah style these serious and heavy subjects are delivered in wonderfully catchy melodies.

This is also where the credit to SOAC lies, the tracks contain so many riffs and rhythms that Jonah has easily hooked his lyrics into. The band’s strength of creating music as an instrumental unit really shines through here yet it is impossible to split the music and lyrics because everything sits together so perfectly. Tracks like ‘Listen’ and ‘Buried Under’ have that classic post-hardcore feel of Quicksand and Far but still have moments of SOAC desert tinges and bring a huge nostalgic feeling whilst still sounding so fresh and relevant.

This really is an unexpected gem, I had reviewed the last SOAC release which bridged an 11 year gap between is debut and second release so to get a third album so quickly and in a totally different genre is crazy. The fact that the genre of 2000’s hardcore has been absolutely nailed is staggering and a huge credit to the talent of those involved. Every track has its own attraction and there is zero fat here. It is great to have Jonah back in this arena and this is undoubtedly one of the best post-hardcore albums to emerge in the last decade.