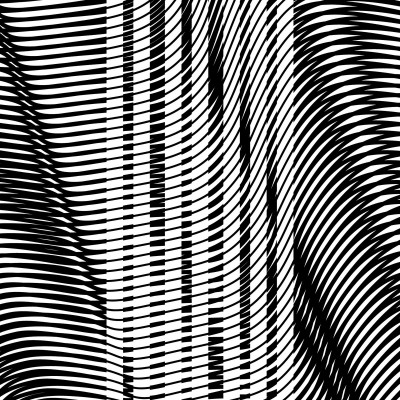 VOW may be a band you haven’t heard of but after this review I do hope you go give them a good listen. Hailing from Manchester, post-metallers VOW fall into that category of bands that go by their own book instead of sticking to what’s perceived of the genre. Their stunning debut release Gentle Decline was a powerfully sludgy dive into blackened post-metal, full of blastbeats and tremorous noise, featuring two lengthy tracks it was certainly unconventional but showed a deep glimpse into what the band are capable of.

VOW’s new release Icarian is an ambitious and epic single track project that’s slightly more restrained in its brutality and tries to further push the envelope of what these guys do so well. Less of an album or EP and more of a split with Nick Watmough aka ‘All Partial’, drummer and pianist of interesting post-rockers Pijn. The second track is a sinister reinterpretation provided by Watmough that recaptures VOW’s single and flips the concept into The Upside Down.

‘Icarian’ begins its 13 minute journey with sparkling string plucks and the rhythmic tapping of drum sticks, with the personal and absorbing feeling of intimacy jumping to mind. A swaying, emotive guitar hook rides pleasantly throughout the first section of this track until violent blastbeats and high-flying White Ward-esque tremolos tear the air in half. A gutsy sludge mid-section captures VOW’s brutality well, with vibrating angry bass, weighty doom-bringing beats, sharp down-tuned guitar strikes and clobbering blastbeats. Beauty enters as does a little catharsis. Guitars fade their brightness up as glittery xylophone hits sparkle about uplifting notes. Drums march with a new and vigorous beat. Blackgazing tremolos soar skywards into a chaotic whirlwind of brutal foot-stomping blastbeats until it all comes apart, spiralling down to its satisfying conclusion.

‘Icarian (All Partial Remix)’ is the perfect accompaniment to the track and coda to finalise this ambitious release. Pijn’s Nick Watmough turns the track on its head, twisting it into a haunting, genuinely eerie version that mostly accentuates the intro section, drawing it out and sprinkling about some awesome blackened vocals.

One new track may not be much to chew on after three years but the 13 minutes that VOW offer with Icarian are enough to satiate and cement the thirst for more. Something tells me the group have evolved beyond the conventional ten tracks an album format and instead want to propel the listener through unique and fleshed-out movements replete with blissful melodies, reflectiveness and abrasive, angry black metal, that all allow VOW’s sound to shine, becoming more than a performance and initiating a connection to their audience.

Every once in a while you discover a band who truly captivate you with their sound and ethos. VOW will be that band.