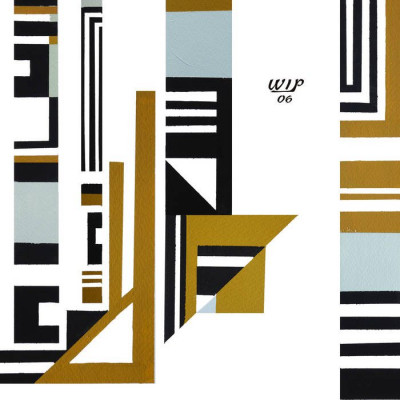 Wata Igarashi is operating on a different plane to most techno producers out there. Igarashi’s sound is idiosyncratic, so any comparison to other artists only serves limited purpose, but, for the uninitiated, imagine a hybrid of Richie Hawtin’s minimalism, Jeff Mills’ textural loops, and System 7’s trippy trance-inflected techno. Igarashi’s most famed for his use of arps to create psychedelic electronic music that’s favoured by DJs brave enough to venture so far from functionalism.

Of late, Igarashi’s taken to releasing a series of EPs via Bandcamp, each showcasing different sounds and styles, free from outside influence from any label. These have seen the Japanese producer venture into New Age, ambient, territory, broadening the listener’s appreciation of Igarashi’s craft by means of an expanded pallet.

WIP06 features four up-tempo cuts, each around six minutes long, demonstrating the alchemy Igarashi is capable of. Each has its own appeal. ‘Esoteric’ and ‘Bones’ ditch the sparkly top end in favour of tracks dominated by kick drums, percussion, and basslines. They’re none the poorer for this: ‘Esoteric’, the lead cut, is particularly disorientating, with the downbeat capable of being placed in more than one position within each of its rolling bars. ‘Bones’ utilises a broken beat that wouldn’t sound out of place on the Zenker Brothers’ Ilian Tape label, except in this case, the resultant sound is more reminiscent of 90s tribal techno.

‘Warp’ and ‘Spiral’ will likely garner more attention, as both feature the kind of swirling, shifting synth work for which Igarashi is renowned. ‘Warp’ is in triple time, and plays out a simple rising synth pattern over its duration, without ever getting tired. ‘Spiral’ is classic Igarashi – one simple idea, well executed, as the expanding and recoiling synths play off punchy drum programming to create something engaging, polyrhythmic, and guaranteed to cause maximum dancefloor devastation.

Throughout, attention to detail and superb sound design stop the tracks from feeling oppressive, ensuring each works just as well at home as in a club, a rare feat for techno this frenetic. WIP06 is as good an entry point as any for those keen to acquaint themselves with Igarashi’s unique brand of sonic shamanism.