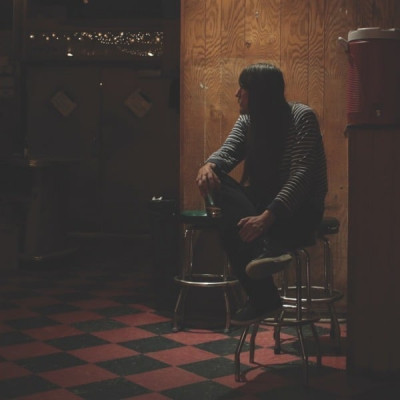 Sometimes you need a 22-minute misanthropic, motorik boogie tune to get you through the day. One that snarls oblique threats like “I will make bail tonight. I am going full condor” at you. One with a bouncy yet baleful riff. One with mind-bending solos buried in the mix so that you don’t notice them for the first couple of listens, but when you do, you’re transported to a musty basement with ugly secrets.

Well, we have Endless Boogie to thank for bringing us an ideal example of the above. ‘The Offender’ is their lead single off their latest record and it absolutely cooks. It was one of the only songs on the record that was recorded with all members in the same room and you can sense a weird juxtaposition of camaraderie and animosity. The latter largely stems from reluctant vocalist Paul Major’s growls. The former is shown by the fact that the whole band keeps in step for TWENTY TWO MINUTES. Imagine Neu! after a month with Robert Johnson and a gang of petty criminals and you’d be getting close.

You see, Endless Boogie are possibly the best example of a band whose name explains exactly what they do. They jam, for a very long time, whether on record or in person. Some of it is planned, some isn’t. A lot of the material on here was improvised. And not only that, much of it was done remotely, with members flung across the US and the rest of the world. The mental image of Major firing up the laptop in his Swedish bolthole, hitting play on a music file containing bass and drum tracks, then barking “back off, I am going to bed, get out of my house!” over the top of it is quite an arresting one.

Those lyrics are contained in the second track, ‘Disposable Thumbs’ one of two meaner-than-a starving-cat songs that are a mere five minutes long. The other one is ‘Bad Call’ which has vibes of Mick Jagger after three weeks on a starvation retreat. Yeah, super grumpy.

‘The Offender’ is not the only 22-minute song on this record. There is a frankly malevolent sounding number called ‘Jim Tully’, which clocks in at the same length. It creeps and crawls along at a resting-heart-rate tempo, before upping the ante part way through, with Jesper Eklow splashing solos all over the driving rhythm.

Apart from the quartet themselves (metronomic drummer Harry Druzd deserves a special mention), a couple of notable guests pop up. Kurt Vile contributes unintelligible vocals and (possibly) a dobro-style guitar sound on ‘Counterfeiter’, while guitarist Mike Bones is also mentioned in the credits.

The final two songs reek of pandemic paranoia. Both are stripped back, atmospheric numbers. ‘The Conversation’ has little more than a tick, tick, tick rhythm, spooky synth beds and an effects-laden bass, with a mumbling, spoken vocal (“I don’t know what to say… I dunno… I think the government is plotting against me”). ‘The Incompetent Villains of 1968’, meanwhile, is a nine-minute bass soliloquy, which sends shivers down your spine.

It is an unnerving end to the album – you can imagine getting up from the sofa to put on side D of the vinyl, having bobbed along to the rest of the hard-boiled-yet-deep-fried tracks, and finding the temperature in the room suddenly drops by a few degrees. You might feel that you want to escape – go full condor, perhaps. Or maybe you could just listen to side A again. Because sometimes all you need is a 22-minute boogie to get you through tough times.