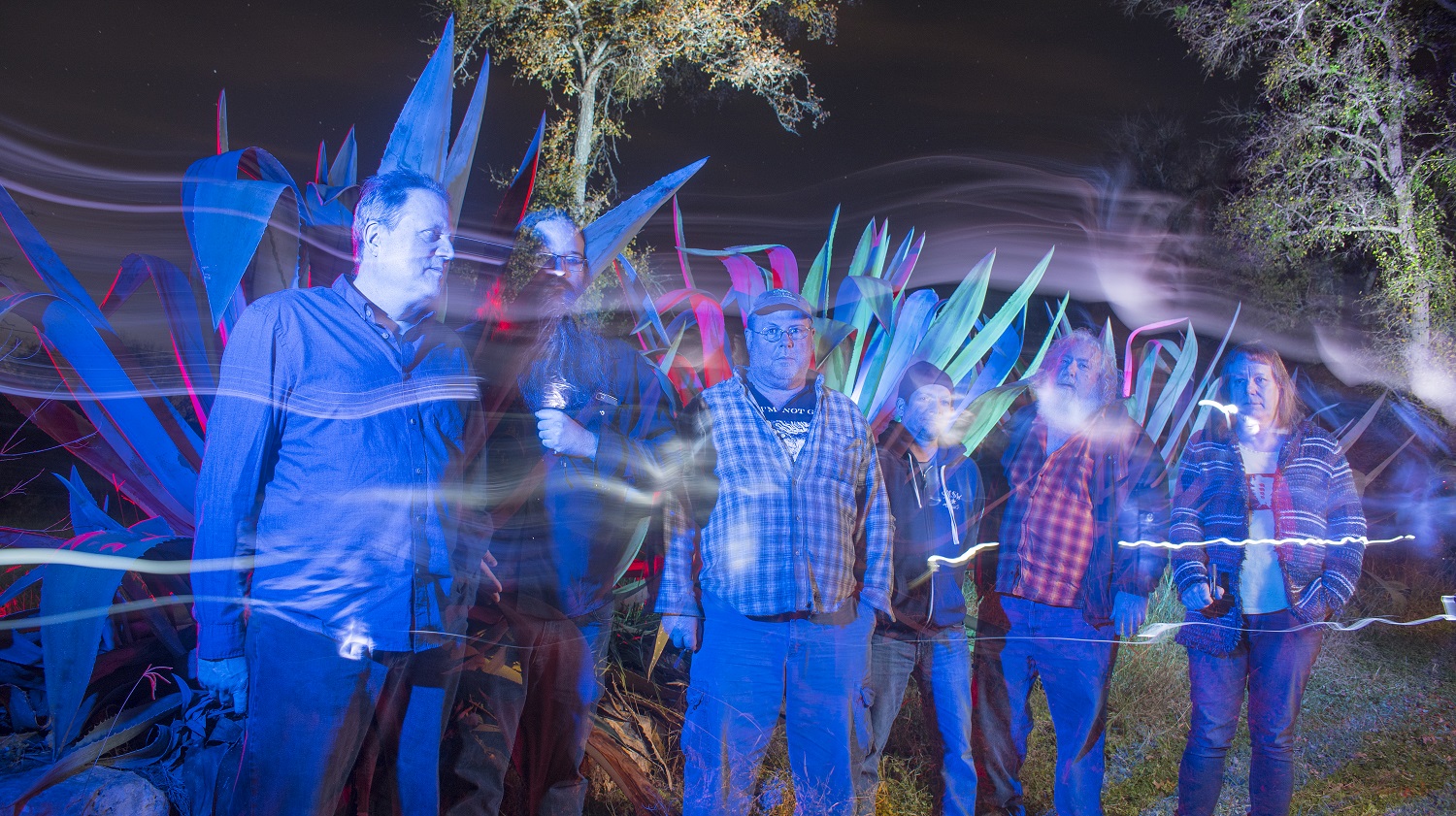 Longstanding Austin, Texan band ST 37 announce their forthcoming new album Over and Over and Over Again for release on Pariah Child Records.
The band states: “All the while working extemporaneously on the material that will (fairly) soon become our forthcoming studio LP Ballardesque, during the pandemic ST 37 was presented with the always challenging imposition of artistic limitations on collaboration; i.e., we didn’t get to play together much at all. When we were able to arrange the few socially distanced outdoor rehearsals/small shows/idea sessions we could, we found that a sort of fevered creativity had taken hold of us, and we were able to play together even more cohesively and integratively as our long history would indicate we should. This resulted in several improvisational pieces of such high quality that we felt compelled to unleash them on an uncaring world. Coupled with the brilliant studio performance of Joel Crutcher’s masterful manifesto ‘Over And Over Again’, originally intended to be a hit 12” 45 rpm disco single, we found we had an LP on our hands. Through the largesse and faith of Pariah Child records out of Belfast, a lobe of the magnificent Yoshiwara Collective, responsible for our 2015 magnum opus ‘I’m Not Good’, we found an outlet for this music that we feel is important enough to warrant your further consideration.
“Can’t remember the exact words, but a recent English critic of ST 37’s work accused us of doing the same basic thing we’ve been doing since he first reviewed us in 1993. Well, we’d beg to differ. We’ve been at it since 1987. Blessing or curse? You decide.
“At any rate, Over and Over and Over Again, the new CD from ST 37, was mastered and mixed by Evan Kleinecke and ST 37 at 5th Street studios in Austin TX. Errythang else was foisted upon an unsuspecting public by Joel Crutcher and ST 37 at Pinche Rancho studios in Cedar Creek, TX, with the sole exception of the title track, which is wholly a creature of Evan and 5th Street.”

Over and Over and Over Again is released on November 12 via Pariah Child Records and can be pre-ordered here.