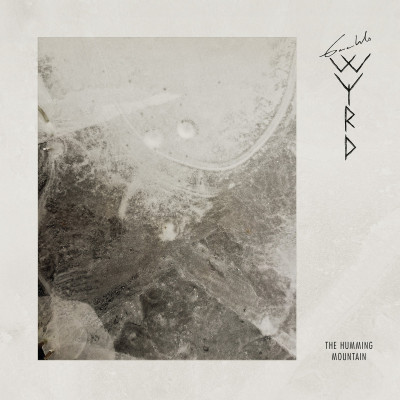 The Humming Mountain by Gaahls Wyrd

Norway’s Gaahl cuts an imposing figure and is one of the most iconic characters in the diverse world of extreme metal. That diversity and experimentation that is so rife in the genre fits snuggly into Gaahl’s ethos. He is quite clearly a man who wants to explore other avenues to blazing, traditional black metal.

Debut release GastiR – Ghosts Invited took a running dive into experimental black metal and probably tamed a few inner demons for the frontman himself. The dynamic album featured a wealth of creativity and sincerity as well as harsh, scathing black metal contrasting alongside the more dominant haunting melodies of slower-paced metal. It truly was a monumental release.

Gaahl sadly lacks in a permanent vehicle for his music after notoriously parting from Gorgoroth, God Seed disbanding after only one album and Trelldom remain inactive for over ten years, so hopefully Gaahls Wyrd will continue to thrive as a centerpiece. This style of music is certainly a place that Gaahl and his band revel in.

Two years since the debut album arrived Gaahl returns with a brand new mini album titled The Humming Mountain, which sees Gaahl further explore the endless possibilities black metal offers. The three central tracks were originally considered for GastiR – Ghosts Invited, but were ultimately shelved and saved for a more conceptually fitting release. Nine minute opener ‘The Seed’ builds with creeping, sinister atmosphere and swells into a sort of journeying song, desolate and brooding. It draws you in with a lyrical story and repetitive march of gentle drum hits and rattly, strummed stringwork, which give it a bluesy feel, not too far removed from Me And That Man. Title track ‘The Humming Mountain’ stays traditional, slow and sombre with simple riffs driving the track through drum strikes and barely a change-up in pace.

‘The Dwell’ almost takes you off guard, whacking you in the face with a gnarled bite of twisted, blackened metal, wild, ancient riffage and little background nuances that further set his work apart from his time in Gorgoroth. ‘Awakening Remains – Before Leaving’ is a full-on salvo of scything tremolos riding waves of blastbeats. Gaahl laments passionately with powerful cleans over this unrelenting onslaught of vicious yet melodic metal. ‘The Sleep’ closes the album with a short and sweet acoustic-driven track with Gaahl’s breathy narration soothing you into a dream state.

GastiR – Ghosts Invited was hailed as a modern masterpiece and The Humming Mountain could be considered the same but for different reasons. This isn’t a full-on blistering attack of black metal but more of a wing-spreader into more expansive territories. This was a release that needed bringing to life and a story that needed telling.

The Humming Mountain thrives on its subtleties more than its face-melting moments. Those little nuances make the album sparkle a little more and at just under 30 minutes the scope of this album still feels cinematic because of this. There’s a ritualistic feel to this release with its mesmeric repetition and moody atmosphere as well as hints of progression, but still remain grim and true to Gaahl’s roots.

You get the feeling Gaahl is only just getting started and there’s likely plenty of expressive and personal albums to come. Fans will be pleased to know the band will enter the studio to record their 2nd full-length soon.