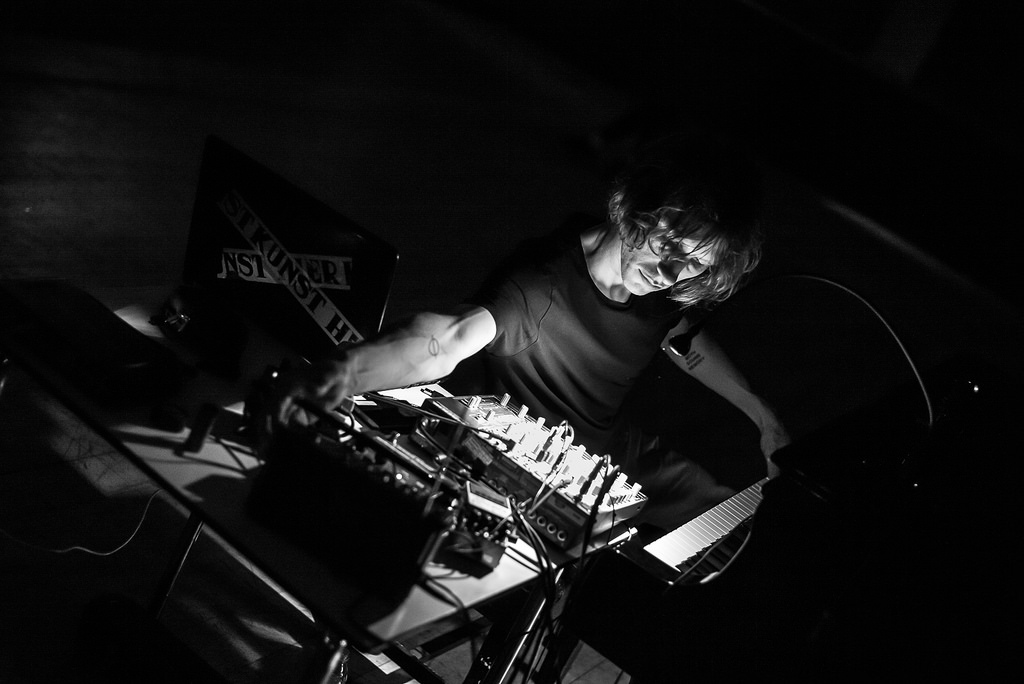 Ekca Liena is the earliest and most known project of musician and sound artist Daniel W J Mackenzie. Following several years of formative bedroom producing, the name Ekca Liena was coined as Daniel’s attentions turned more towards deeper, longer form music. First appearing on the debut compilation of the celebrated and much loved Dead Pilot Records in 2007, the label released Slow Music For Rapid Eye Movement the following year to critical acclaim. The album ended up being reissued twice, joining a discography that has steadily grown since via numerous record labels based around the world.

Treading into heavier, noisier music as easily as modern composition and minimal ambient, Ekca Liena doesn’t fall easily into specific categories and scenes, and has managed to largely avoid being neatly pigeonholed. This and an almost non-existent live history has allowed the name to retain an elusive character, where the music – heard as it was intended at the point of creation – stands front and centre.

The new album Skyward Vernacular combines and elevates elements from all the preceding albums: the oneiric majesty of Slow Music for Rapid Eye Movement, the desolate dark magic of Graduals, the seismic destruction of Gravity and Grace and the subconscious hypnosis of Veiled State. Its title suggests a departure from the ground, from the earth, displacing what came before and sending it, finally, into cosmic oblivion.

Skyward Vernacular closes what has been a dramatic body of work, and is itself a dynamic journey through sound designed to stir the emotions. Soaring heights are fuelled by layered pads of distorted guitar, whilst patient analogue synths conjure passages of reflection. Noise and melody contribute equally to a feeling of rapture, and periods of quietude and near stasis provide an ethereal undertone. In a way it is classic Ekca Liena, a return to the start that brings with it everything that has been explored and expressed since.

Skyward Vernacular will be released on December 17th through Consouling Sounds. Pre-order the CD here, or you can pre-order the CD bundle, which includes previous albums Gravity and Grace and Graduals, here.

Listen to the full stream of Skyward Vernacular here: