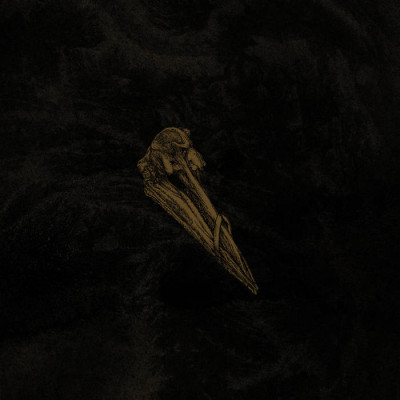 Surfacer by Black Holes Are Cannibals

Black Holes Are Cannibals. They are also a psych/drone collective revolving around Chris Jude Watson of that other psych/drone outfit, Snakes Don’t Belong in Alaska. In this instance, the revolving bodies are Jake Salmon on guitar, Johnny West on bass, Skylar Gill on drums, and the North East’s most prolific vocalist, James Watts, who is/was/has been in every band that ever came out of Newcastle1. Their songs are, typically, totally improvised and recorded live, a feat which always impresses the fuck out of me.

The songs, of which there are two, ‘Surfacer’ and ‘Sediment’. The opener starts, as you might expect from a wholly improvisational situation, with the team making seemingly random sounds, as if feeling around for a rhythm or the hint of a tune, something to build on, while Watts moans wordless “eeeeeeaaaahhhhaayyyyoooooohhh” noises2. And sure enough, there it is, drums and bass settling into a coherent groove, around which the twin guitars will twist and turn for the next twenty minutes.

This is not, however, happy/smiley rainbow coloured psychedelia, this is dark and dirty psych, ebbing and flowing. There is no flashy guitar wanking. It is monotonous and unsettling. Watts’ moaning and groaning evolves into throat-shredding bellowing, and then back to a barely audible mumble. And then it all fades away and ‘Sediment’ fades in for another twenty minutes of even bleaker mind-fuckery. On the face of it, both songs here are very similar, almost inseparable. I’d like to imagine that these two songs were recorded as a single entity and presented with the middle month or so edited out, for brevity3. ‘Sediment’ comes and goes, much like its predecessor, but is darker, a bit more mechanical, perhaps. It is the sound of an industrial slaughterhouse where droids go to be crushed, still alive, screaming and moaning in hopeless despair.

Now, if you are reading this, I’m going to assume that you are at least familiar with this kind of thing. But, if you’re not, you might think that it all sounds a bit… boring. But it’s not. Really, it isn’t. Its metronomic rhythms and its swirling guitar and mellotron noises are mesmerising. Absorbing. Transcendent, even. Safe to say, however, that this is not a record that will be troubling the Ibiza dancefloors next summer. It’s a thing for solitary enjoyment. Just take yourself off to a quiet place, no interruptions, and let it do its work. You don’t need to do anything. Even with its abrasive parts, its claws and its teeth, Surfacer will massage you and soothe you, and you’ll hardly notice the blood.