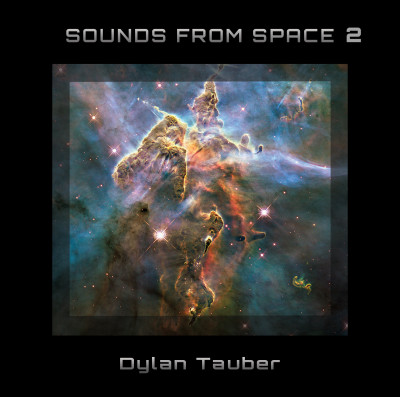 Sounds From Space 2 by Dylan Tauber

When you see an album title such as Sounds From Space 2, the first thing that comes to mind is that it’s either some sort of electronic/ambient compilation or an album from a relatively “fresh on the scene” artist trying to find a quick way to the ears of an audience.

Sure, we are talking here about electronic/ambient music, that is for certain. Yet, Dylan Tauber is neither a compilation curator nor a novice. He is just an artist trying to find an apt name for his latest album. And he makes good on his promise here.

Israeli-born Tauber has been around for a while, actually since he graduated from Columbia University back in 1996.  Not only does he have 13 albums under his name but he also combines cyber art, photography, and writing with music. You could say a true artistic soul.

And all that activity and music experience with it shows clearly here.  Instead of going down the well-trodden route of ambient, space music that takes time to expand a certain musical theme, Tauber favors a sort of ambient vignettes, where he presents his ideas in a condensed form. He presents the theme, gives it time to present itself in full, and then winds things down.

Essentially, not one of the compositions here gets even close to the 4-minute mark. And that is where Tauber presents himself in the best light. He doesn’t give his listeners a chance to get bored, but at the same time presents quite a uniform electronic version of space, and yes, time. Adding background vocals and acoustic instruments he just stresses that point.

Actually, Tauber’s Sounds From Space 2 is one of those ‘space ambient’ albums that at no point overstays its welcome.