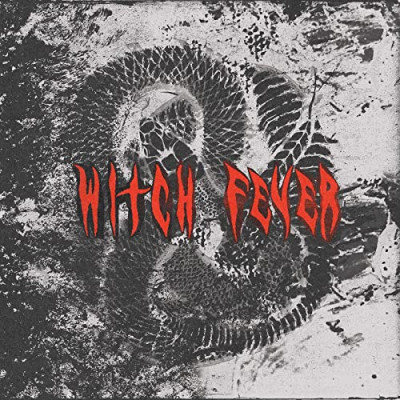 Formed back in 2018, after several personnel changes, Manchester’s critically anticipated Witch Fever now release their debut offering. They have been tipped for great things by Louder Than War’s and The Membranes John Robb (among many others) for the last couple of years, so any kind of release feels long overdue (a bit like this review – apologies on that front). They begin their recording output with a six tracked E.P. Reincarnate. Amy Walpole (vocals), Alex Thompson (bass/backing vocals), Alisha Yarwood (guitar), Annabelle Joyce (drums) capture female empowerment with explosive force. Calling their mesh of heavy Grunge, Sabbathian Doom, and Punk’s rebellious spirit ‘Doom Punk’ nails their essence and lives up to its exciting mix of influences.

Along with Idles and Petrol Girls, to name only two current bang-up to date, socially conscious relevant bands, Witch Fever channel passionate anger for calls for social change. In the press release Annabelle explains “It’s important for us to do things our own way and represent ourselves as we wish, regardless of outside opinion,” and “We represent an honest voice about breaking out of the indoctrination in our society and all oppressive institutions.”

The fact they do this by making this E.P’s six tracks a rollicking exhilarating twenty minutes is only going to help their cause. Chunky riffs, Amy’s spitting venomous anger, and a powered rhythm section results in some very fine heavy purposeful tunage.

There isn’t a duff track but ‘In the Ressurect’ and the title track are the highlights. The latter song is an astonishing grab-your-attention force of power. Songs about relational break-ups and newfound independence usually are deeply personal. How Amy pools her resources for an inner-depth holler at the song’s end is both startling and incredible. And a Sabbath homage is applied for a slowed-down refrain at the back-end of the song. The accompanying video is also a powerful testimony for what this band is all about.

There is an acute intelligence at play in their song arrangements. They channel their anger and aggression powerfully without ever losing sight of big riffs and huge melodies. Although the use of expletives may not have the same naughtiness and power they once did listening as a teenager, Witch Fever sparingly use them, and when they do it never feels false or throwaway, but expresses strongly felt anguish and anger that feels justified, like in the closing line of ‘Initiation.’

One does wonder if they could have added four more tracks to make a debut album, but this may signal they have a lot more songs in the pipeline. Let’s face it, there is a lot to be angry about out there in the world right now – but this E.P is a great introduction to Witch Fever and proves their serious-contender credentials are rightly noted.