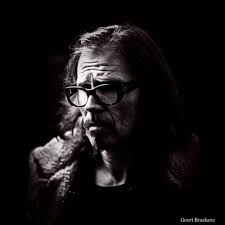 This one really, really hurts. Of all the passings of musicians in the last few years, of which there have been far to many, hearing of the untimely death of Mark Lanegan has hit me harder than anyone since David Bowie. Just finding these words has been one of the hardest things I’ve ever done.

Screaming Trees were MY band. You know what I mean. That one band that your love with all your soul but your friends don’t quite get. In the early 90s, my friends and I were Grunge Kids. Mudhoney, Mother Love Bone, Soundgarden, Pearl Jam, Alice In Chains, Temple Of The Dog, the whole nine yards. Anything from Seattle was like high grade catnip to us. So when one of my friends said to me I should check out Screaming Trees, I immediately went down to Our Price and picked up their latest album, Sweet Oblivion.

The album opens with ‘Shadow Of The Season’; the guitar riff instantly pricked up my ears but I was not prepared for what came next. That Voice. Dear god, that voice. That voice like distant thunder across the plain, rolled out of the speakers and directly in to my heart. That voice that has stayed with me for the 30 years since.

I never got to see The Trees live but have been fortunate to catch Lanegan solo a number of times. Every time, as he stood stock still in the middle of the stage, hanging on to the microphone stand as if for dear life, I always got the feeling that he was at once a man who did not want to be up there yet also a man compelled to be up there, to stand there each night exorcising his many, many demons.

A little piece of my heart died this week, but I will forever be grateful that that incredible voice, that soul deep, broken yet majestic voice, was there to guide me through the darkness.

And it’s not just me. When I told my wife – whose tastes and mine overlap by the very smallest of margins – the news she looked like I’d punched her.

Within hours of the announcement, Twitter and Facebook feeds were full of posts paying tribute to one of the finest singers of our time. I think it’s telling that almost every post was accompanied by a different choice of song – songs from the early days with the Screaming Trees, songs from his solo years, with and without band, and songs from his numerous collaborations. We saw Queens of the Stone Age, Gutter Twins, Isobel Campbell, Cult of Luna, and so on. An illustration, I think, of the phenomenal depth and breadth and sheer unvarnished quality of his output over the years, that there was no one single song that everybody shared. No ‘greatest hit’.

I’d seen him a number of times over the years, but still find it hard to pin down exactly why I kept going back for more. He just stood there. He hardly ever moved. He never spoke. Never smiled. Barely even opened his eyes most of the time. But, somehow, he was utterly mesmerising. I could never quite make up my mind whether he was coolness personified or a man in infinite pain. Maybe both.

I really don’t know what else to say. Other more eloquent tributes than mine have been and will be made, but I had to say something. His darkness made my life brighter, and I’ll miss him.

Mark Lanegan was just an incredible presence to behold on a stage. That surly stance gripping the mike stand like it was either about to kill him, or he it. The well worn face, stone like and perma-frowned. Eyes shut tight. His occasional weary walk to the back of the stage for a swig of water, he gave the impression of a man in agony. But that just added to the aura he projected. The first time I heard him sing my insides shook.

Audiences would be spellbound by his voice. Unforgettable. I count myself fortunate to have seen Mark perform many times over the years.

Mark leaves an incredible back catalogue of music with The Screaming Trees, as a solo artist, The Twilight Singers, The Gutter Twins and collaborations with sooooo many artists of multiple genres. He was so versatile and able to sing to so many different styles of music.

Mark inspired me as a singer, enough in fact to record an entire album were I tried to emulate his tobacco enabled baritone growl.

Thoughts with Mark’s Wife Shelley and his family at this sad time.

From ‘Goodbye to Beauty’:

Rest in peace Lanegan. Thank you for the music.

This is going to take a hell of a long time to sink in. Part of the joy in Mark Lanegan’s music was wondering where he was going to take it all next, and now he’s not here to carry it any further. All journeys end, and given that he was granted more additional time than anyone could expect and made the very most of it with what was his most diversely creative period of his career, we have a lot more to listen to than we had any right to hope for.

As I’ve said elsewhere, we don’t choose what songs soundtrack the events in our lives – partly because we don’t know what most of our best and worst “events” really were until afterwards, and we certainly don’t plan what’s playing in the background whether physically or just floating about in our heads. These songs wrap around our memories and become so much a part of them that they become inextricable. By virtue of both quality and quantity of his output over the almost 40 years I’ve been listening, that’s now most things play out in my mind and I couldn’t wish for better accompaniment to my recollected experiences, both good and bad.

Music aside, that’s not what has been filling my thoughts these past couple of days. What has been taking up space is the sheer amount of friendship that has always sprung up around Mark, both as a solo artist and with his many other paths (albeit not quite so much in the band where he first made his name). In particular the messageboards at OneWhiskey.com from which many of my still closest and dearest friends were met. It was also a hotbed of horrors because, well, it was an internet messageboard. But the bad was always outweighed by the good (despite my worst efforts as moderator, a job at which I sucked beyond measure) and it was a place where, for a very long time, it was one of the few places – certainly between Bubblegum and Blues Funeral – where anyone could easily find out what he was up to.

It’s those friends who I think of when I hear his music, as well as the times we spent arguing, meeting up at shows all over the place, spending time in the company of births, deaths, marriages and lunatics. It’s those friends who I shared the sadness of Tuesday night with just as I spent the highs, lows, drama and stupidities of so many other nights so long ago. That’s what I loved so much about Mark Lanegan’s words and songs, and I always will. It’s going to hurt for a long time though.