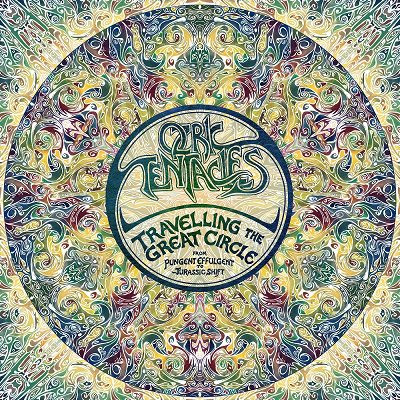 Travelling The Great Circle: From Pungent Effulgent to Jurassic Shift by Ozric Tentacles

How would I describe this? A trance-meditation to clear your mind filled with one of the most intensive sounds that can make you go from one location to another. It’s hard to imagine why Ozric Tentacles are still going strong. Despite the various line-up changes, Ed Wynne has been the only member and co-founder of the band since its formation during the solstice at the Stonehenge Free Festival in 1983.

While I’m very new to the band’s music, it took me to a whole new level that showed that the psychedelic music is more than just a genre. Yet their music is out of this world and at times middle-eastern, fission, atmospheric, ambient, proggy, and spaced-out voyages like no other, they can take it up a notch.

The understanding of the Tentacles sound is to keep the audience in their seat and embark on a journey that isn’t just a jamming sound, but go on a adventure that is out of this world. And you can see why people like Kavus Torabi, Steven Wilson, and the god of hellfire himself Arthur Brown, have huge admiration of the band’s music.

This 6-CD/1-DVD Earbook edition from the Kscope label, covers their first official releases from 1989 to 1993. There’s also the demos, Live Underslunky which covers two of their performances at the Cambridge Theatre and The Manchester International on November 23rd and 25th in 1991. And a live DVD of their performance during the time they were promoting Jurassic Shift at the Fridge in Brixton that same year.

This set contains an 80-page book covering the history of the band’s career. From releasing DIY cassettes to forming their own label with Dovetail Records with the release of their first “official” release Pungent Effulgent in 1989. The book which has liner notes by Ed Wynne and Dominic Blake, is a trip down memory lane.

You have images of the DIY cassettes, promo clippings, photos of the band performing and recording in the studio, sketchbooks that Ed Wynne illustrated for the album covers, it really shows a lot went through to bring this book to life and give the band the recognition they deserve.

Believe me, they give two giant middle fingers to the music industry which it badly needed and they need to have two more towards American Idol, America and Britain’s Got Talent, and all that other reality show bullshit that’s going on. Ozric Tentacles are the real deal.

Starting off with their 1989 official debut with Pungent Effulgent, it is a roller-coaster ride into the Twilight Zone where you have these Floyd-like sounds from The Wall-era that is evidential on ‘Dissolution (The Clouds Disperse)’ before travelling into the speed of light with these wildly synthesizers and Hawkwind-sque guitar lines that becomes a Spirit of the Age in Stonehenge.

Once you get into the meditated vibrations on ‘The Domes of G’Bal’ it becomes a spiritual reggae groove while going into their second release with Erpland by travelling into the tribal percussion and hyper-sounds for the viewing ‘Sunscape’ and Schulze-like sculptures and Gong’s You-era mixed in with Roxy Music-sque drumming from ‘2HB’ for the ‘Eternal Wheel’ as those keyboards in the midsection go for the full throttling mode with heavy guitar riffs that make it a light-sped, hallucinated segment. It’s a bonkering composition, but man these guys can play like no other!

The last section of the piece sees Ed channeling the vibrations of Manuel Gottsching’s arrangements on ‘Amboss’ from Ash Ra Tempel’s self-titled debut. Listen to it, you can imagine Ozric listened to the band’s music for inspiration on their second album. The technical momentum for the dance halls to go into a ritual groove between ‘Sunhair’ and ‘Stretchy’, are almost crowd-pleasing beauties from the Jurassic Shift release.

You can feel the chemistry that is going on those two tracks with killer flute work and a Samba-like texture that is on ‘Sunhair’. It can take you from one mountain landscape to another. But on Strangeitude, their third album, this is where the band go into another joy ride with some strange experiments with a blistering rocket ship taking us into another hurl toward the cosmos on ‘White Rhino Tea’ which has some killer cross-overs between ‘80s King Crimson during the Belew-era and Rush’s Power Windows thrown into one.

Among the rare demos and parts of the live recordings from the Underslunky release, there is the DVD of the band’s performance at Brixton. Performing to a sold-out crowd at the Fridge during that time frame in 1991, not only the band bring the house down to the venue, but they also have a sense of humor thrown in after one of their tunes. Not to mention the inspiration riff of ‘No Twilight Within the Courts of the Sun’ that Steven paid homage to the band for his 2009 solo debut, Insurgentes.

It shows that Ozric don’t take themselves seriously, but can have a ball between the audience and themselves. The performance on the DVD is very hypnotic and a big blast. Despite the VHS quality that’s on here, it shows how much you can close your eyes and be at the venue in Brixton, showing support for Ozric at their very best. It is out of this world throughout the footage as they blend together as a team to give the audience a night they’ll never forget.

For nearly 40 years, Ozric Tentacles have had an impact in music. This Earbook isn’t just a box set, but to keep their sound up-and-running. And thanks to the Internet and YouTube to name a few, their sound inspires the next generation of young people to follow in the band’s footsteps. And I hope they will keep their legacy growing more and more in the future. Letting them know that they’ve inspired plenty of artists and musicians to keep their spirits burning brighter than ever.

If you are really new to the band’s sound, then this one is a starter. And while they’re still going on, it’s time to go another round trip on their first four releases by travelling the greatest circle once more. So hop aboard for the psychedelic adventure of a lifetime. 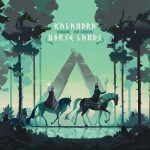 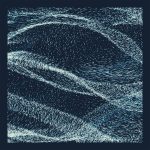 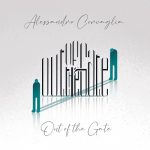