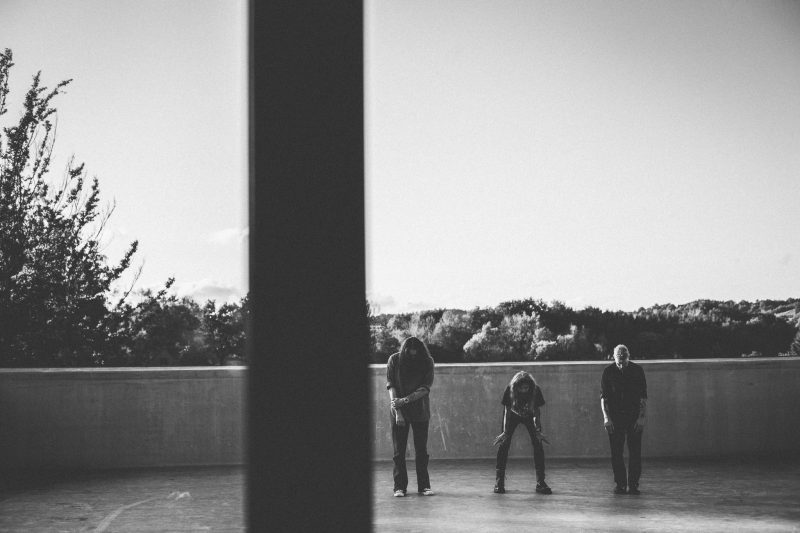 With this line-up the band was supposed to tour and play at Roadburn Festival back in 2020, but then the Covid-19 pandemic hit and this tour never happened. In one of the best examples of there being a silver lining to almost every bad situation, Reto tried to make something positive of the situation and booked the first possible flight after the first lockdown in his native Switzerland to travel to Finland for three weeks of studio recording with the line-up that never was, Jukka and Marko. And boom: magic happened. As Reto puts it, “we had such a good and intense as well as grateful and creative time together that it could not be more natural that Marko also became a part of Sum Of R through these common experiences. For Jukka and me, Marko’s voice is like a transmitter to another dimension.”

The result of these three wandering spirits being let loose in a converted barn in the Finnish countryside near Jyväskylä is Lahbryce, the new and surprising Sum Of R album, the most disconcerting and colossal work the band has ever committed to tape by far. Mixed by Victor Bullok, aka V. Santura (Triptykon, Dark Fortress), it will be released on March, 25 2022 on the Belgium record label Consouling Sounds and it will turn the underground upside down.

You can pre-order the vinyl release here, or the CD version here. In the meantime check out the premiere of the video for the track ‘Crown of Diseased’ here: