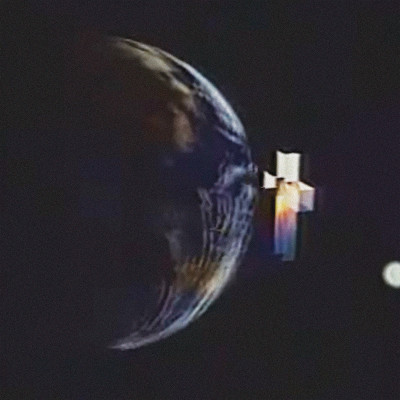 Enemy Of Love by The Body + OAA

…and now once again it’s time to scream into the abyss, with Lee and Chip. On tonight’s episode of Enemy Of Love they’re joined by OAA. Although it paints a cold picture of a cruel and desolate world in harsh blocks of noise, I don’t think it’s just me who finds The Body‘s music to be a comfort. It’s very human. Heavy but reassuring, like a weighted blanket.

Last year The Body released two albums at opposite poles of their sound. I’ve Seen All I Need To See retreated into their core exploring the possibilities of distortion while the Big Brave collaboration Leaving None But Small Birds arrived at a re-imagined Americana, the most unusual album of their career. Enemy Of Love is much closer to the former than the latter, like a first step on the path from one to the other. OAA is electronic producer A J Wilson, who has been a touring member of the band and kicked in a track to their Remixed collection a couple of years back. So they’ve not wandered far from home here. In some ways it feels more essentially The Body than even I’ve Seen All I Need To See. Again it’s quite stripped back, a three piece version of the band exploring their sound. There are no odd samples or recited texts and virtually no guests (Full Of Hell’s Dylan Walker pops up on ‘Barren Of Joy’ drowning in the squall and gunshot snares).

‘Devalued’ starts with a crash and a clatter of drums from Buford, diving straight into the doom and wailing. It quickly hits a still spot, a tense pause of electrical rhythm before the storms returns. I guess this is where OAA sits. Between the other two, adding beats and bass and tones into the maelstrom. There may be some looping and tinkering with vocals or drums but it’s hard to be sure as the blend is pretty seamless. Where The Body have in the past used other elements for heightened contrast here they melt into the whole. The album is sonically consistent, burrowing down into a thicket of noise, trying out a few positions to get comfortable.

‘Hired Regard’ recalls the noise techno of container, bustling along on blown out bass it descends into noise and burns out all too quickly. ‘Fortified Tower’ makes calmer use of that energy, a wriggling loop and static, a guitar jangle floating in dead space, it builds up into the familiar onslaught of screaming distortion. Uphill and into hammering rain the beat on ‘Obsessed Luxury’ is a weary sodden trudge. From here Enemy Of Love never really picks up any pace, often the drums are blown apart into random bursts, stitched onto shadowy electrical grids or bobbing on the current of moody bass drones.

The artwork shows a giant luminous cross suspended above the dark earth. It’s a pretty good illustration of this music. There is space and vast darkness, another circuit of a harsh and barren world. An illusion of forward motion, stuck in eternal orbit of the vale of tears. This time around it’s almost beyond language, no readings, possibly no lyrics just screams. The titles are less wordy, almost randomly generated from metal clichés, (‘Ignorant Messiah’ and ‘Miserable Freedom’ in particular sounding like albums by less imaginative bands). The existential pain and horror are packed into the sound and while The Body paint the bleakest picture of life, their contradictory appeal is still in making you feel less alone in your misery.