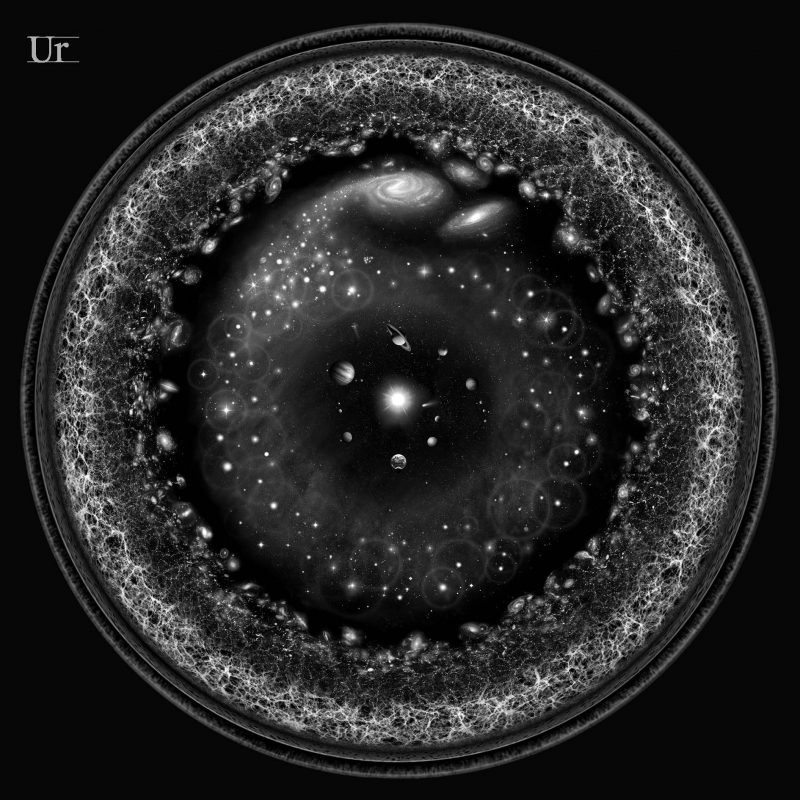 UR is the upcoming collaboration between Pilgrimage to Pleroma (the solo-project of Mattias M. Van Hulle from Pothamus), Ashtoreth (Peter Verwimp), Stratosphere (Ronald Mariën) and Marko Neuman.

Side A contains the track ‘Phobos & Deimos’ by Ashtoreth, Stratosphere and Marko Neuman. “The ideas for the record came about when Ashtoreth and Marko Neuman met each other during the Sum of R European Tour in December 2019, right before the start of the pandemic. Both coming from the heavy music scene and having a mutual interest in new, exciting and experimental music made them decide to work together on a future record. Then the pandemic hit the world and life was shut down. An ideal and inspirational ground to delve into the primordial Fear of dying and suffering and the inexpugnable forces of Nature.”

Side B contains the track ‘Apeiron’ by Pilgrimage to Pleroma. “Mattias initially contacted Peter in the context of a Pothamus-performance, which took place on April 9th, 2022 in the Pieter and Paulus church in Mechelen. Ashtoreth was kind and willing to open the ceremony that evening. The contacts prior to this performance also resulted in the idea of a collaboration of different sorts: a split album. The timing proved to be perfect, as Peter already had some raw material born out of a collaboration with Marko Neuman. After sharing some ideas and philosophical reflections, the conceptual grounds were fertile for a joint release, which became UR.

UR will be released on June 24th through Belgium label Consouling Sounds. Pre-order the CD here and/or the LP here.