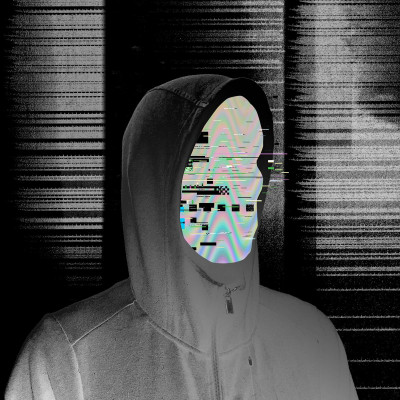 Combining the ear-flattening forces of Action Beat’s former axeman, Salford’s finest head Gnodders and the noise slinger responsible for Dälek’s atonal assault was never going to result in a bundle of twee folk tunes (mind you, The Body & Big Brave did surprise us on that count last year) but, despite prior forewarning, it’s still damn hard to prepare yourself for just how truly oppressive Holy Scum’s onslaught is on Strange Desires.

From the get-go, we’re launched into a bedlam of cacophonous guitars and slamming drums. Shrill howls, like Eugene Robinson crawling out of a grotty cellar, advise us that “Death is here”. Language becomes garbled whilst beats pummel in a cadence that is oddly off-kilter yet stirring enough to keep senses battered. The effect is akin to performing a handstand on a top-loading washing machine and then slowly lowering your head in as it kicks into the rinse cycle.

Whilst these characters have been disparately peddling bedlam in various guises over many years (and oceans), this collaboration gives the impression of being hewn almost organically, with a concentrated, singular aim. You’d be hard-pressed to guess, from little more than listening, that it had been forged by musicians in Greater Manchester and then unravelled and restitched by a State-side knob twiddler, that’s how focused it is. It’s cohesive almost to the point of its own detriment. Similar to listening to Godflesh, or Yellow Swans, you’re in the muck for the duration. There is little, if any, respite.

That’s not to say that they’re a one trick pony. It’s more that you have to really dig beneath the caterwauling feedback and belligerent rhythms to uncover variation. ‘Everybody Takes You Just Take More’, if you can see through its veneer of dense feedback and throbbing distortion, is an almost dance-y number. There’s a sturdy and propulsive rock song, born out of kosmische and motorik approaches and draped in shrouded melody from Kevin Shields-esque guitars, just waiting to surface through the disharmony.

There’s the frantic interlude of ‘Useless Wonderful Doubt’, formed from swerving Carpenter synths and slowly building menace, with its cavalcade of mangled voices warped and bent beyond recognition creating the sound of chatbots decaying. And, on ‘Drowned By Silence’, the vocals are reminiscent of Underworld dragging their way through a dark underwater cavern. The bubbled speech taking the track title a little too literally.

This is wall of sound stuff. Hugging the full sonic spectrum. Everything pushing down onto you. It’s claustrophobic. Imposing. Inescapable. It takes place inside a turbulent squall. Shrieking drones and dagger feedback melodies can be gleamed only by those curious enough to listen closely and with care.

‘Light Chooses Mine’ is a rumbling train of battered toms and whip-cracked snare hits. The sound of a circus seems to exist buried within in the maelstrom. Never quite cutting completely through, just the shadow of a suggestion of those sounds lost in the squeal of feedback. Strange Desires contains all of the ear canal flood of Gnod but where their sounds hit you from capricious angles, this billows out like expanding foam, clogging up every inch of available (head)space.

The finale, ‘PCGFHILTHPOSHI’, gives the impression of a relatively calm ending. Space seems to open up. Drums slow down and we’re allowed to drift serenely through a cloud of ambient waves formed of vocals reverb-ed to the nines amidst big hanging drones. But they couldn’t quite let us get out of it as easily as that. Those rampaging drums return with renewed vigour. Like a noise rock take on ambient breaks. Somehow it’s both soothing and unsettling – like drifting off in an MRI machine.

If you’re willing to peel back the onion-like layers of this hulking great beast, there’s surprising beauty to be found. But, much like peeling onions, there’s a good chance it’ll make your eyes water in the process.