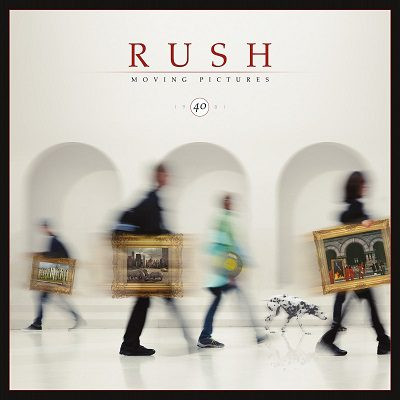 It’s been two years since the passing of Neil Peart. It was like losing a family member, a friend, and a brotherhood that had been a part of Rush’s legacy. But when Alex Lifeson and Geddy Lee came on stage for the second and last night for the 25th anniversary concert on August 10th honouring the critically acclaimed adult-animated tv series South Park, everything came to a screeching halt. While I wasn’t there, it was news that just took me by surprise to watch those YouTube performances at Red Rocks with Matt Stone playing the drums playing one of their classic songs from their 1977 masterpiece, A Farewell to Kings.

Now while Matt did the best he could, it must have been a moving experience for him to perform with his heroes along with Les Claypool and drummer Tim “Herb” Alexander of Primus brought the state of Colorado a night they’ll never forget performing ‘Closer to the Heart.’ But Matt gave it a 100%, knowing the spirit of the professor is watching over them. He may not be Neil, but Stone got it down to a “T”.

It’s hard to believe that it’s been 40 years after the release of Rush’s eighth studio release Moving Pictures, it gave the trio a new direction after their previous album Permanent Waves to go beyond the prog and hard rock sounds they were known for in the mid-to-late ’70s. That and the 3-CD set reissue brings the album in all of its glory with the original album and the live recordings of the band’s two night performances at the Maple Leaf Gardens in Toronto on March 24th and 25th the following year at the time they were promoting the album.

When you put Moving Pictures on, you know that as a listener, this was going to be an experience you’ll never forget from the sound and vision that Rush were exploring. There’s the reggae influences, synthesisers, electronic music, new wave/post-punk, and short stories that Neil wrote like an imaginative movie brought to life.

From the King Crimson-sque attack channeling the Adrian Belew-era on ‘YYZ’, to the growling bass pedal synth intro with attitude, roaring riffs, keyboard loops with duelling guitar and bass lines across the midsection of ‘Tom Sawyer’, Geddy moved his vocals from higher to lower arrangements to give his voice a chance to relax. You can imagine the visionary imagery of student’s in the mid to late ‘60s protesting against the government and what is happening right now during the pandemic.

Mind you, it’s not a stoner song, it’s the one song when people think of Rush, they think of that song. But it’s more than that. They were right at the peak of honouring and receiving the high fives from the fans who had been with the band from day one. Then, there’s the struggle to reconcile on how to maintain the success they were achieving but trying to prevent the press to keep their privacy away from the ‘Limelight.’

Then there’s the intensive midsection of the band travelling through the speed of light in the tunnels by driving in the mysterious ‘Red Barchetta’. Neil is not only one hell of a drummer, but taking inspirations from Richard Foster’s short story, “A Nice Morning Drive” from the November 1973 issue, Road & Track Magazine.

You can feel the pedal to the medal as the trio hammer it down by pounding the beats down with Geddy feeling the adrenaline in his futuristic double-tracking vocals before they get down to business. The live version from Maple Leaf Gardens has audiences to be a part of that adventure inside the passageways for the red vehicle to reach this ramming speed with Rush’s lighting effects that are jaw dropping from the recording of the concert.

The synthesised meet militant drum introduction from ‘The Camera Eye’ gives a sense of the trio channeling the Godbluff-era from Van der Graaf Generator in the styles of ‘Scorched Earth’. I can imagine Rush were listening to the band’s music during the making of the album and paid homage to Peter Hammill’s lyrical structures.

Then all hell has broken loose for the alarm bells to go off in this massive tidal wave waiting to hit at any second before it cools down as Geddy details of a world gone wrong between the streets of the Big Apple and London, England. Then we see a darker side of the band detailing bits of the Salem Witch Trials on ‘Witch Hunt’.

You can hear an early aspect of ‘The Pass’ from Geddy’s bass chords in which he would use later on in 1989’s Presto. It becomes this tribal affection in the flickering lights that would go on and off for the women to be falsely accused of magical powers which they don’t have whilst closing it off in the styles of Tangerine Dream’s Cyclone-era and motorcycling revving grooves to witnessing these ‘Vital Signs’ across the sky.

Now onto the 2nd and 3rd disc of the two-night performances at the Maple Leaf Gardens in Toronto. You can just close your eyes being at the event, showing your support for those evening performances by giving Rush a huge amount of cheering and applause during the songs not just from the album, but going from ‘Beneath, Between, and Behind’, the gentle acoustic turned sing-along songs from ‘Broon’s Bane’, ‘The Trees’, and ‘Closer to the Heart’.

It’s almost like a continuation on where Exit…Stage Left had left off. And I can imagine there’s more for the band to make a reissue of the live recordings from the tour to hopefully release a “Bootleg Series” of unearthed performances that’ll like Long John Silver searching for hidden treasure in the vaults. But it’s the massive attack waves from ‘Natural Science’ that signals the textures from Lifeson channeling both Fripp and Holdsworth’s arrangements by giving Geddy and Neil the march to freedom.

And you gotta love that Reggae turned Heavier Attack version of ‘Working Man’ as it goes into a medley from ‘In the Mood’, ‘Cygnus X-1: Book II: Armageddon – The Battle of Heart and Mind’, ‘In The End’, ‘By-Tor and the Snow Dog’, and the climatic section of ‘2112’ where the cavalry comes in to bring the Maple Leaf Gardens to assume control.

Reading through the liner notes on how much Moving Pictures has made an impact on them from Primus’ Les Claypool, Three Day Grace’s Neil Sanderson, Foo Fighters’ Taylor Hawkins, Soundgarden’s Kim Thayil, shows how much that Rush had made an appreciation for their stamp of approval. But it’s Mastodon’s Bill Kelliher’s description by detailing on why this album will be talked about in the years to come.

“Moving Pictures pulled me in, there was something dark and stimulating about the sound, it summoned me. I felt there were moments of pure musical dexterity as it seemed they were simply “jamming” and making the music up as they went along, playing by their own rules. A brilliant record so complex yet catchy and interesting while standing the test of time and still speaks to me.”

40 years later, and we’re still talking about it. I have no words to describe what made Rush’s Moving Pictures one of their magnum opuses, but the band’s gravitation, craftsmanship, insane time changes, and the fellowship that Alex, Geddy, and Neil had with each other. If you’re feeling blue or under the weather, put on Moving Pictures and ride that ‘Red Barchetta’ like there’s no tomorrow!