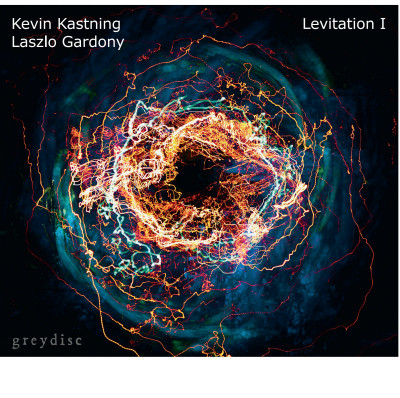 Laszlo Gardony is a Hungarian-American composer who is considered one of the most incredible pianist in the jazz community. He has released 13 studio albums from 1988’s The Secret to his upcoming 14th release with drummer Yoron Israel and bassist John Lockwood this coming December called, Close Connection.

He’s won the greatest jazz piano competition and championed by the late, great Dave Brubeck. Not only that but a professor and teacher from Berklee College of Music and Harvard University’s Jazz Combo Initiative, Gardony is like a breath of fresh air when it comes to recording, composing, teaching, and staying true to his life in music.

His collaboration with Kevin Kastning makes it a combination on their first time together with Levitation I. This 6-part suite creates true mystery, cavernous structures, and eerie qualities to have something crept up your spine.

Recorded at The Studio in Portland, Maine on August 20, 2021, Kastning and Gardony have brought in the tremors to add the sacred touches by being creative and taking over the entire ship. When you put Levitation I on, you get a sense on what was going on during the two-year ride during the COVID-19 pandemic.

There are moments where Kastning uses his instrument to go from Steve Howe’s arrangements on Yes’ Close to the Edge to King Crimson’s Larks Tongues-era, you get a sense of this cat-and-mouse chase that the duo would go by going from corner of the house to another. And it’s quite a hay-wiring affect at times.

But what Kastning and Gardony do is adding more hot temperatures rising during the alarm sequences that have a climatic twist. You can hear elements of Stravinsky, Ligeti, excerpts of Gershwin’s ‘Rhapsody in Blue’, and Keith Tippett’s Blueprint-era.

I felt some tugs of a lost recording session that could’ve been made in 1998 in a parallel universe where the duo were offered the job to write the music for Stanley Kubrick’s 1999 swan-song and often misunderstood gem, Eyes Wide Shut. And you can imagine that this was an offer they couldn’t refuse.

Kevin’s music may not be everyone’s cup of tea per se, but it’s always a challenge when he puts out a new release on the Greydisc label. Whether its collaborating with Mark Wingfield, Balazs Major, Carl Clements, or Sandor Szabo, he always wants to go as far as he can go.

With Levitation I, he has finally reached the mountain top and showing where the next adventure he and Laszlo will come in another chapter of their stories together.