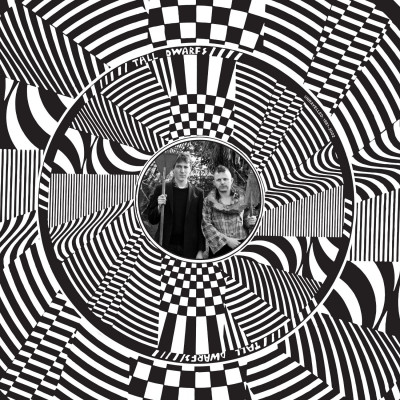 New Zealand’s Tall Dwarfs are characterized by a number of critics as an acquired taste. Well, they might not have the fan base as some other New Zealand acts, like the Finn brothers or Flying Nunn label greats like The Chills, The Clean or The Bats, but were actually pioneers for so many things, and that does not only include New Zealand modern music.

Chris Knox and Alec Bathgate, who started first in Toy Love, particularly Knox, were instrumental in the formation and early recordings of the Flying Nun label. Even more importantly, their two decades of recordings under the Tall Dwarfs banner, along with the American wizard that is R. Stevie Moore really helped define what we now know as lo-fi rock and bedroom pop.

All that is quite evident on this 4 LP, 2 CD recapitulation of their work, curated by Bathgate (Knox, who also has a number of solo recordings, suffered a debilitating stroke in 2009) and collected on Unravelled 1981-2002.

For the fans, it is a warm-heartening recapitulation of the duo’s uncanny knack for a good melody accompanied by various types of racket that can go under the banner everything AND the kitchen sink (which they probably used on their recordings at some point), but that somehow underpins that knack for melody rather than dismembering it.

For the uninitiated, it could be quite a revealing experience about a duo that probably had more influence on other artists than some are aware of. Or, they can go by what Neutral Milk Hotel’s Jeff Mangum has to say: “This box set will bless you with some of the catchiest and most intelligent songwriting ever conceived. acoustic outsider poetry punk, mixed with a ‘studio as instrument’ artfulness. What more could you want?”