(((O))) : Esmerine – Everything Was Forever Until It Was No More 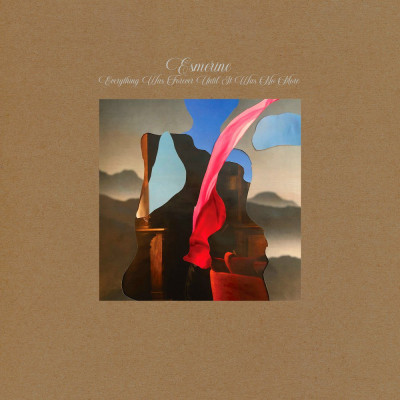 Everything Was Forever Until It Was No More by Esmerine

Through their output since 2001, Esmerine were in many ways representative of the sound of Constellation, particularly that strain leaning toward chamber-based music and minimalism.

Their latest album, aptly titled Everything Was Forever Until It Was No More is also in many ways representative of the manner and thinking behind the music created during the pandemic.

The album started taking shape in various stripped-down configurations with spartan remote equipment, only to take its full shape and form when it was again possible to do studio recordings in full.

Maybe the explanation that Everything Was Forever Until It Was No More “channels existential tensions between atmosphere and airlessness, seclusion and claustrophobia, forbearance and coalescence” sounds a bit high-brow, but when you dig a bit deeper into the album it seems to gel with the music fully.

And it is music full of layers that taken one by one may not indicate the complexity they create when combined, without being either overbearing or too complicated to follow.

Actually, there seems to be an excellent synergy between the musicians and the ideas they brought along to this music, creating a deep meditative listening experience above all.