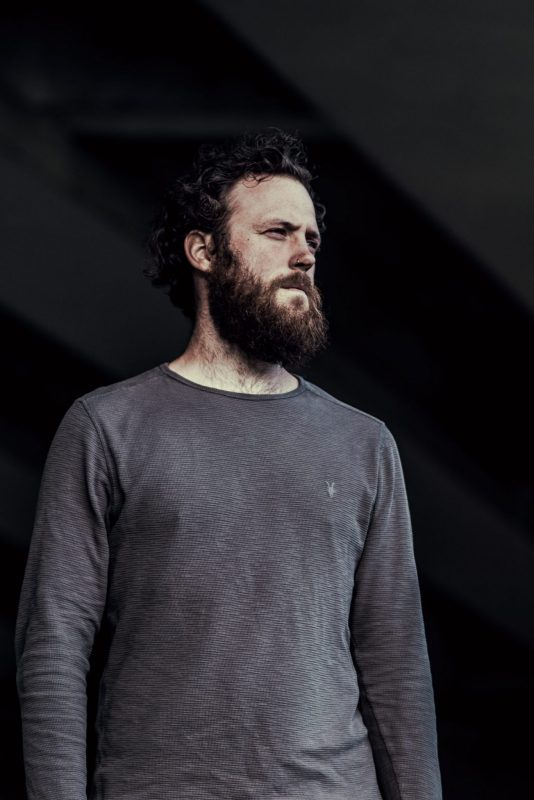 Innerwoud is a one-man-band by Belgian double bass player and composer Pieter-Jan Van Assche. After playing in several bands, from folk to neoclassical, he started to perform mostly solo, giving the double bass all the available space to speak and sing. The music is often referred to as ambient, drone and neoclassical. Drones are built live upon each other, layering different textures and sounds produced by the double bass. This results in a melancholic trip, wandering in wide open landscapes or craving in anonymous darkness, while the subtle melody shines a humble light on the whole. Innerwoud has released a full album solo (Mirre, 2015), followed by collaborations with Treha Sektori (Grashelm, 2017) and Astrid Stockman (Haven, 2018), wrote music for several dance performances and is now a part of Dance of the Seven Veils: a contemporary opera directed by Aïda Gabriëls, featuring Colin H. Van Eeckhout and many others. In fall 2022 he releases his second full length album Furie, featuring nothing but a double bass. Innerwoud is a Consouling Sounds label artist.

You can listen to the opening track of Furie called ‘Raseri’ below. Innerwoud comments: “I love language, its power and meaning. In addition, my music has been shaped by my many wanderings through the nature of the north, from Ireland to Iceland. Raseri is a common word in Scandinavian languages for rage or anger. It is a song in which I express my frustrations and anger because of injustice and lack of understanding in my surroundings or far away.”

Furie will be released on September 23rd and you can pre-order the CD here and the LP here.