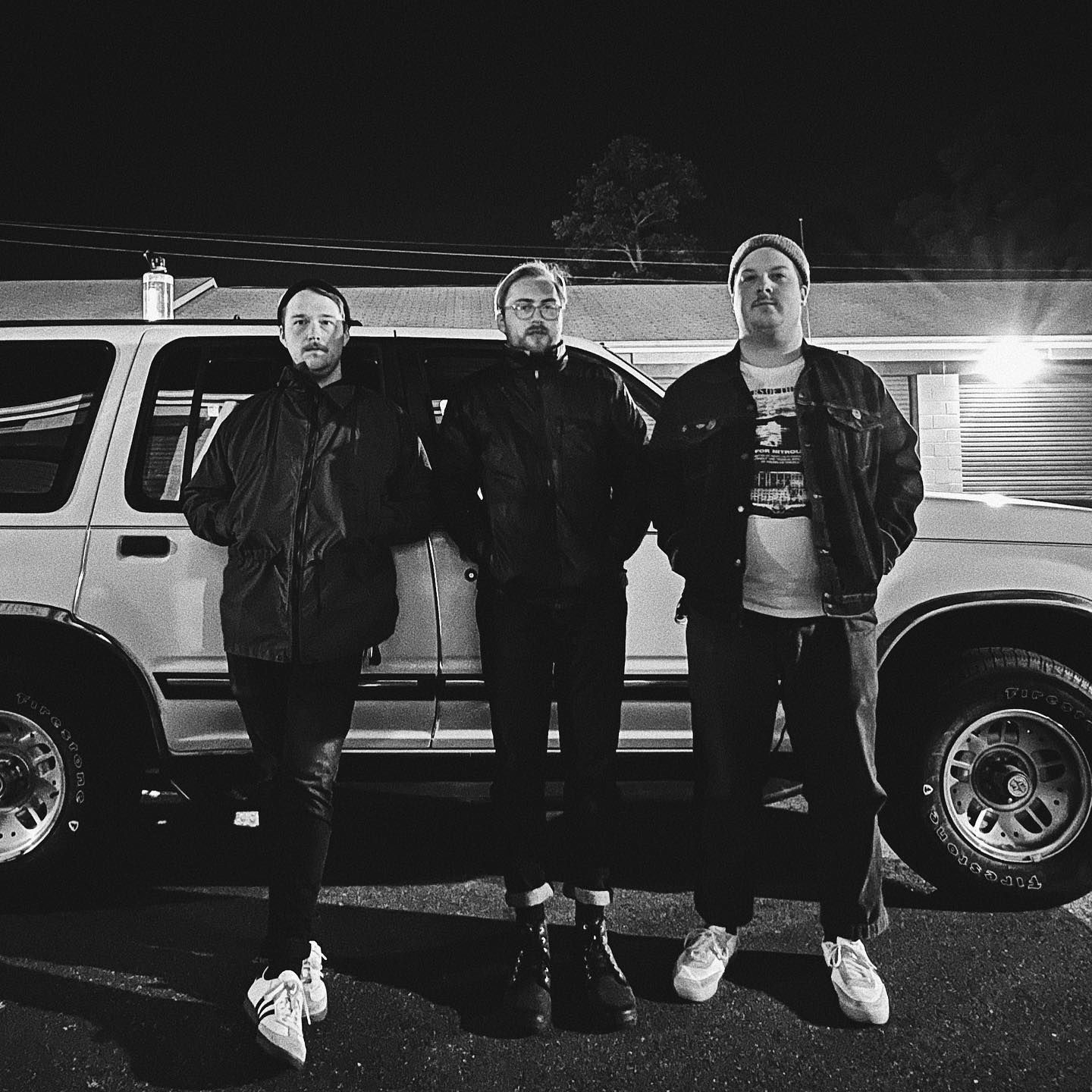 Using harsh noise to induce a turbulent trip and soothing vocals for an indefinite high, TWIN DRUGS take you on a hallucinogenic voyage, combining the dreamy atmospheres of My Bloody Valentine with the punishing riffing of Metz. Virginia’s Noisy shoegazers return with their self-produced sophomore album, In Now Less Than Ever, taking their brand of ‘maximalist’ shoegaze in a more brooding, introspective direction.

“Being a prepper is normal these days,” says main-songwriter Blake Melton (guitars & vocals), concisely capturing the decay of our modern world. Inspired by cosmic horror and the near-psychedelic archival footage compilations of British documentary filmmaker Adam Curtis, Melton, together with bandmates Alex Wilson (drums, live-electronics) and Christian Monroe (bass), collages the band’s own image of a world in decay. Mastered to perfection by Cult of Luna’s Magnus Lindberg and with cover art by Christopher Royal King (Symbol, ex-This Will Destroy You), In Now Less Than Ever is a complete experience that creeps up on you like only existential dread can.

Crispy snapping drums and chunky bass power through our premiere ‘Eyelets and Aglets’. Pop in its rooted sensibility, TWIN DRUGS writhe and wrestle with this ear worm, sharpening its teeth and pushing towards that passionate, ever raw world of distortion.
The band add: “Eyelets is one of the last songs written for the album, as one of our more groovy songs it stays to the point: loud, brash, and big.”
TWIN DRUGS‘s new album, In Now Less Than Ever is released on October 7 2022 via Crazysane records, and can be pre-ordered here.