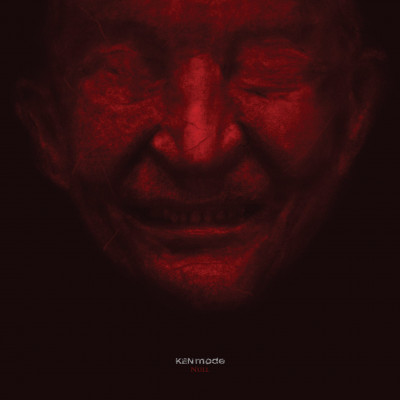 In the 23 years they’ve been in existence, Winnipeg noise metal act KEN mode have made a name for themselves as one of the heaviest bands in their country’s noise rock scene. Their first few albums placed more of an emphasis on the ‘metal’ side of their genre moorings. They decided to integrate hardcore punk influences into the sound of sixth album Success (2015), before releasing the excellent Loved in 2018, which proved to be that year’s best noise rock album. The band accurately describe themselves as sounding like a cross between Converge, Unsane, and the Melvins.

Although they’re not going to be selling out the Roundhouse any time soon, KEN mode have achieved a moderate degree of success over the course of their career, winning the Metal/Hard Music Album of the Year for fourth album Venerable (2011) at the 2012 Juno Awards (Canada’s equivalent of the Mercurys). They have also attracted the attention of esteemed US character actor Brady Corbet, who featured their music in his second directorial effort, Vox Lux, which starred Natalie Portman and Jude Law.

The band’s eighth album, NULL, is their third to feature Skot Hamilton on bass and their first to feature saxophonist and multi-instrumentalist Kathryn Kerr as an official member, following the multiple guest contributions she made to Loved. Vocalist/guitarist Jesse Matthewson and drummer Shane Matthewson are the sole two members who have been a part of the band from the outset. Jesse describes NULL in a press release as “a direct psychological reaction to the collective experience” of the ongoing COVID-19 pandemic which has threatened live music as his primary means of release and way of maintaining reasonably good mental health. The album is a deeply enjoyable piece of work that rewards repeat listens.

The album opens with lead single ‘A Love Letter’, on which Kerr’s saxophone adds to the band’s heaviness just as much as a second guitarist would. It is one of NULL’s strongest songs, and as such, would have perhaps worked better at a later stage on the album. Jesse Matthewson does some very strong vocal work as he intones darkly: “It was a mistake/To ask me for help”. The two-minute ‘Throw Your Phone in the River’ is much faster and emphasises the hardcore aspects of KEN mode’s sound that are all too often overlooked. ‘The Tie’ is far more industrial-sounding than most of the songs the band have recorded thus far in their career. The press release announcing NULL says the band intended to integrate “shades of Swans and Einstürzende Neubauten” into their sound on the album, and you can definitely hear them doing that here. It might not be one of the record’s strongest songs, but credit is definitely due to the band for recording a track that ventures well outside of their sonic comfort zone.

‘The Desperate Search for an Enemy’ and second single ‘But They Respect My Tactics’ both continue the new, vivid heaviness to the band’s sound that was on full display on ‘A Love Letter’, albeit in a more concise manner. The ten-and-a-half-minute ‘Lost Grip’ is the point on the album wherein the band’s stated intention for NULL to serve as an expression of Jesse Matthewson’s existential angst in response to COVID-19 is at its most fully realised, both musically and lyrically. Kerr’s bleak piano notes and Shane Matthewson’s grimly steady drumbeats establish a foreboding atmosphere as Jesse rasps bleakly that “I can’t maintain composure/We deserve this … I don’t believe that you mean well”. This bleak mood continues into album closer ‘Unresponsive’, on which Jesse malevolently warns us that “I’m unravelling/So much faster than I used to” as his guitar emits a high-pitched wail and his bandmates deliver a slow, plodding, sinister rhythm reminiscent of that used by Black Flag to draw their debut album to a close so memorably on ‘Damaged I’.

NULL is a solid album. It may not be as good as Loved, but meeting the very high standard set by that record would have been a difficult task indeed. It is on a par with Success in terms of the quality of its musicianship, and serves as a good harbinger for the second part of the “two-album arc” of which it is apparently part. Jesse says the intention for the album was “to experiment more with our sound than we ever have before.” The finished product certainly fulfils this aim. He also says that he needs to create music in order “to concentrate and neutralise” his struggles with mental ill health. Hopefully, NULL and the touring that accompanies it will achieve this aim also.