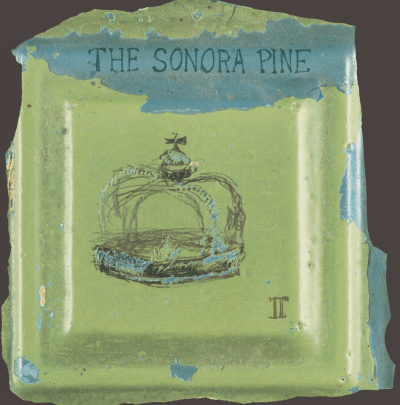 In many ways, re-released albums can serve as some sort of truth serum. Does the music recorded a few decades back, or more, stands the test of time?

For some big-name artists and well known-albums that is a given – say The Band’s eponymous album. To this day, you cannot put a finger when that album was recorded, yesterday or fifty years or so ago, and it will probably sound the same tomorrow.

For some lesser-known albums that can turn out to be a touch-and-go situation. If you add to that such a factor that it includes music that might be considered. bit left-field the situation gets additionally complicated.

That is exactly the case we have here – the second album by Sonora Pine, II, recorded back in 1997, that presents some definitely left-field music that many now dub as vocal post-rock, the version that leans a bit on folk.

Yet, when you look at the three musicians that were Sonora Pine at the time, you can see that something quite interesting might be going on here. They were Tara Jane O’Neil (guitar, bass, vocals), Kevin Coultas (drums), and Samara Lubelski (violin).

All three have had music to be remembered by before and after Sonora Pine, but the strange mixture of Slint-like vocal post-rock and wyrd folk they came up here has exactly that timeless quality that we deserve to be reminded of from time to time, particularly if it is music that didn’t make an as wide impact as it should have at the time when it was initially recorded.