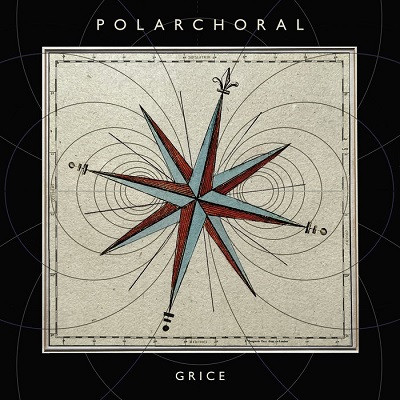 Like an opened door on the path to reconciliation, this next artist has taken aspects between Gazpacho, Tim Bowness, the first three Steven Wilson albums, and Anathema. I’m talking about Grice. His full name is Grice Peters. Art rocker, musician, producer, and singer-songwriter, Peters was born in Wimbledon, and studied at London’s own Art College in Croydon.

From playing drums on post-punk bands in South London, Grice has unleashed four studio albums in the can on Hungersleep Records. And collaborating with artists such as Japan’s Steven Jansen and Richard Barbieri (Porcupine Tree), Hossam Ramsy, and B.J. Cole to name a few, Grice has made a name for himself.

That and his fifth studio album Polarchoral, will strike listeners to the road of letting go of the past and present. The moment the opening track ‘Involution’ begins, you feel as if you’re looking at the clock as time passes by with reverbing vocals, hallucinated atmopsheres, jazz-like structures, and dark-lifting strings filling up the whole void.

‘Winter’ pays tribute to the late, great David Crosby with his acoustic harmony with Graham Nash & Stephen Stills, extending their sole self-titled 1968 debut in the Caribbean sea while ‘Saviour’ has a film-noir effect, detailing the struggles of a romance gone horribly wrong as the bomb is ready to explode at any second.

Aside from paying homage to the two David’s, Bowie and Crosby, the sound of the echoing trumpets in the 10-minute beauty ‘Alarm Bells’, features some church organ rise, Robert Brian’s nod to Elvin Jones, it turns into a comfortable setting to fill up this lullaby landscape. There’s the road to recovery that Grice puts his stamp of approval to save both their marriages and their chance of reconciliation.

‘Band of Brothers’ lifts their spirits up in high places with nods to Jeff Lynne’s arrangements as the closing 14-minute title-track puts you in a haze of being free from the chaos below. As it surrounds you like crazy, you begin to spread your wings and fly upwards to the heavens and being free and reaching the pearly gates without a single stop sign, waiting for you.

All in all, Polarchoral is Grice’s sub-healing texture of moving forwards. It has all of the hope to be free from all of the crazy shit that’s been going on nearly three years ago. And Grice sets up all of the issues, right in front of our very eyes.