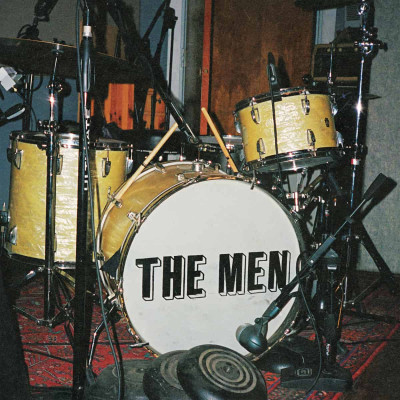 New York City by The Men

NYC garage rockers The Men have been at it now for quite some years, with varying degrees of success. Whilst they may have always been bubbling around in the underground, they have made up for this with some remarkable albums, and a live show which is generally played at deafening volume. It’s good to hear then, that on new album New York City, they haven’t lost any of that righteous indignation that can make them such an exciting prospect.

Originally completed by just founding members Nick Chiericozzi and Mark Perro, with a drum machine for company, they soon eschewed that in favour of a full band album, and what that has resulted in is a return to their past sound for a tumultuous garage punk album. Hard, brash, and noisy as fuck, their embracing of the garage roots may have thrown aside their more psychedelic tendencies, but that’s what makes each album from The Men so unpredictable.

Rattling into ‘Hard Living’, the band take no prisoners from the off, and enhanced by keys it’s an utterly thrilling rockabilly jukebox mayhem moment. Segueing seamlessly into ‘Peace Of Mind’, they really do sound like the most vital band around, and we are only two songs deep. Further in, the title track summons up the ghosts of MC5 and The Stooges and engages them in a full on frat party. There is depth here too, with the dark, yet explosive ‘Eye’ seething with malevolence. They do revisit their more psych moments on ‘Eternal Recurrence’, which includes a melody which would make Bob Mould cry with joy, but these moments are few and far between.

Later on, the brooding ‘River Flows’ injects that NYC night straight into your veins, complete with a scorching guitar solo. Recorded live, the album sounds as if it is being played out in your front room, and you can feel the pent up emotions and fury throughout. Considering this is now their 9th album, The Men certainly show no signs of growing old gracefully, and let’s thank them for that because we always need a band such as these in our lives. Pure rock and roll mayhem of the finest order.