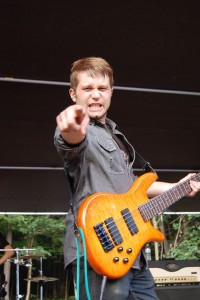 I was visiting my grandparents one weekend in 2003 when a friend of mine came over and startedÂ bragging about the new guitar he bought and how badass it was that he could play the guitar solo fromÂ â€œLike a Stoneâ€ by Audioslave. He then looked at me and said â€œHey, you should get a bass and we canÂ start a band.â€ A few months later, I owned a bass. And so I became a musician.

We never actually started that band, and he eventually stopped playing, but I kept with it and gradually music took over my life, as my tastes evolved from radio hard rock/nu-metal to commercial metalcore, to Gothenburg melodeath and Opeth, to old-school death metal and classic prog, to stoner doom and psychedelic rock. Itâ€™s been an incredible journey, and I have no plans to stop or slow down.

I got my start as a music writer in early 2013 with Iron Hops, a now-defunct craft beer/heavy metal blog (oh yeah, Iâ€™m a beer nerd too). Phil Johnston messaged me about joining the Ech(((o)))es and Dust team shortly before Iron Hops shut down, and I am very grateful for the opportunity to keep writing about the thing I love most.

You can follow me on Twitter, where I tweet about a variety of things relating to music, beer, the Red Sox, UMass Basketball, marching band, and some other stuff. 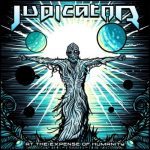 Judicator – At the Expense of Humanity

Horrible tragedy has long been known to result in moving acts of self-expression, and the poignancy of ‘At the Expense of Humanity’ is built on how real the motivation behind it is. – By John McLaughlin 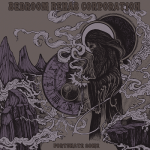 It is clear in both a live and studio setting that this pair has incredible musical chemistry, and at some point this musical secret from New England will be discovered by the rest of the world. – By John McLaughlin 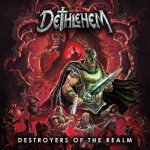 Dethlehem – Destroyers of the Realm

In a genre that became known for being overrun with clones, at no point does ‘Destroyers of the Realm’ feel generic or overdone, and at no point does any particular element feel out-of-place or excessive. Dethlehem has crafted something that holds plenty of depth, while remaining catchy, easily digested, and fun to listen to. – By John McLaughlin 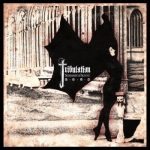 Tribulation – The Children of the Night

After the wildness and spontaneity of ‘The Formulas of Death’, the band has unveiled ‘The Children of the Night’, a more subdued and restrained variant of the psychedelic sound they developed on their previous album. – By John McLaughlin 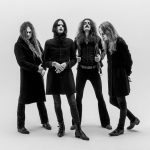 Tribulation’s transformation from old-school Swedish death revivalists to psychedelic prog-death adventurers was a major shock to many of the band’s old fans, but for better or for worse, it has turned the band into one of the more interesting names to watch in heavy metal. The band discusses the change and the inspirations behind it with John McLaughlin below. 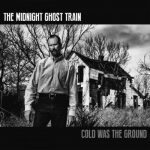 The Midnight Ghost Train – Cold Was the Ground

This album is impressive on all fronts, built on a foundation of high-energy bluesy stoner rock riffs supplemented by fuzzy-but-sharp, extremely ear-pleasing guitar tone and some of the nastiest, most ferocious vocals the genre has ever seen. The Midnight Ghost Train is a band with personality, and it beams through on this album. – By John McLaughlin 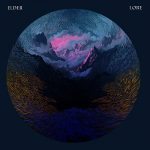 Elder were already on to something special four years ago, and I doubt many would have complained if they had stuck to their guns and kept rolling with what they had. But instead, they chose to keep pushing forward, and they’re better off because of it. – By John McLaughlin 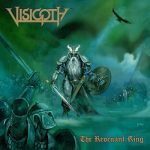 The quality of the band’s riffing has improved on ‘The Revenant King’, no doubt, but the biggest difference here is vocalist Jake Rogers, who has seems to have leveled up a few times since the previous release. – By John McLaughlin 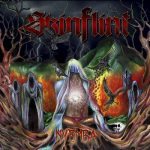 While their earlier material was somewhat rough around the edges, ‘Nyemba’ represents a major step forward in the songcraft and performance department. – By John McLaughlin 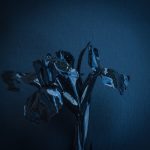 A Swarm of the Sun – The Rifts

This album could very well ruin your good mood, but you’ll likely feel better at the end for it, and the goosebumps will linger across your body long after the album is done. – By John McLaughlin 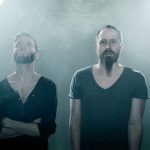 Interview: A Swarm of the Sun (Plus Exclusive Track Stream!)

John McLaughlin asked Erik Nilsson and Jakob Berglund from Swedish duo A Swarm of the Sun some questions about their new album ‘The Rifts’. 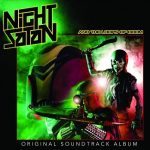 Do you dig the theme song from Knight Rider? You’ll dig this at least as much, but don’t think that Loops of Doom gets by only on nostalgia, because it’s extremely well-composed with a very chilling atmosphere. – By John McLaughlin 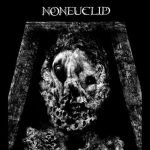 For all of the band’s strengths, it just feels like something is missing, like the album is less than the sum of its parts. And it’s a shame, because a lineup this talented should certainly be capable of hitting it out of the park. – By John McLaughlin 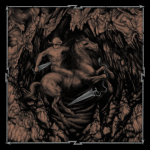 Soma is soul-lifting and empowering despite its darkness, majestic without being snooty or flowery, and, above all, incredibly well-written and performed. – By John McLaughlin 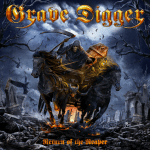 Grave Digger – Return of the Reaper

If you’ve ever doubted that the spirit of Teutonic heavy metal is alive and well, Return of the Reaper should prove otherwise. – By John McLaughlin 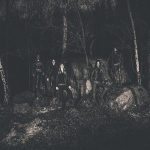 John McLaughlin had a chat with Christian Lindell of Portrait in which they talked about heavy metal and the new album Crossroads. 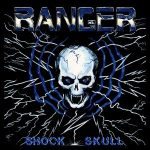 It is immediately clear from the opening notes of this EP that Ranger’s goal is to get you to headbang. If you have functioning ears, enjoy riffs, and aren’t a terrible person, they succeed. – By John McLaughlin 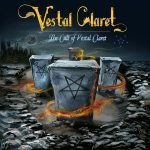 The Cult Of Vestal Claret is full of top-notch infectious doom riffs and just about every song on this album is an earworm. – By John McLaughlin 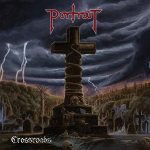 This album is fuckin’ dark, just as the band’s previous albums were. – By John McLaughlin 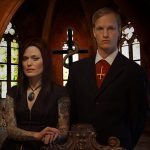 John McLaughlin spoke to Dave Nuss, the mastermind behind Sabbath Assembly, about his inspirations and beliefs, and learned some key details about the future direction of the band. 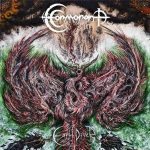 Cormorant’s biggest strength has always been in the raw emotiveness of their music, and Earth Diver is incredibly powerful. – By John McLaughlin