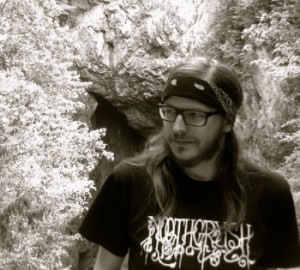 My voracious appetite for music has led me to make many decisions in my life that a lot of people might question. I’ve chosen to buy records rather than eat a dinner that wasn’t bread and butter. I’ve gone to gigs instead of going to friends’ birthday parties. I quit a steady job to fill a backpack with band t-shirts and set off around Europe going to every festival I was sick of missing year after year because of so-called ‘real life’. But to me it all makes perfect sense

Growing up I never had the usual older sibling or group of friends to help me along my musical journey, but in recent years I’ve been making up for all that lost time when I didn’t have anyone to talk to about the latest mind-blowing album I’ve heard, or to lose my mind with at gigs when the band playÂ thatÂ song, the nerdy discussions about infinitely unimportant details of a certain label’s discography… I’m now lucky enough to share these opinions on a few sites contributed to and run by people with that same insane passion for music as I have.

I’m most at home enveloped in the abject misery of doom metal, smashing my fists into everything if I hear some particular fine grindcore, feeling sorry for myself to the soundtrack of old country and folk, welling up at poignant post-rock crescendos and trying not to let anyone find out the first album I bought was by Abba. I also illustrate and design stuff for bands, am obsessed with barbecues and their inherent condiments, and have an unparalleled wanderlust. Good sense of humour, must love dogs, etc.

I currently lurk venues and store my records in Glasgow, but can also be found gigs and festivals all over the UK and Europe, so if you see me come say hi and we’ll get a beer.

You can follow my music discoveries, entertaining exploits, misanthropic rantings, and general bafflement with everyday life on twitter @tospitasparrow. 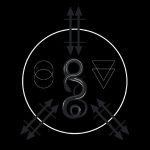 With moments of true brilliance throughout, Wolvhammer have retained enough of their own identity on Clawing Into Black Sun, whilst adding new shades of black to their extensive palette. – By Ross Mckendrick 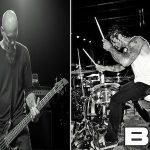 Santa Cruz’s hardcore pioneers BL’AST! will hit European shores for the first time this summer. Ahead of those shows, Ross Mckendrick was lucky enough to get to ask founding member Mike Neider some questions. 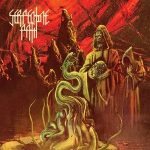 While Emanations may not mark a huge progression from the template laid out on Serpentine Path’s debut album, it does see the band venture even further down the dark and writhing path they set out on that record. – By Ross McKendrick 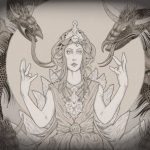 “The inaugural edition of Temples Festival proved to be an absolute monster of the celebration of all things RIFF.” – Andrew Rawlinson 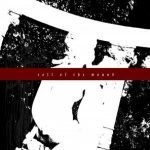 Of Spire & Throne – Toll Of The Wound

Of Spire & Throne’s latest release ‘Toll Of The Wound’ captures their tectonically heavy strain of doom perfectly. Sure to be one of the few releases this year truly worthy of the word ‘crushing’. – By Ross McKendrick 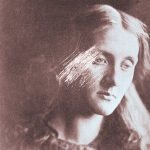 With the release of Heathen, Thou have taken their own unique brand of doom out of the doldrums, and scaled such lofty heights that it will be almost impossible for any other heavy record to be as truly important as this in 2014 – By Ross McKendrick 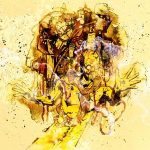 Justin Greaves and his fellow vigilantes return with the sprawling White Light Generator, a new collection of prog-tinged protest anthems. – By Ross Mckendrick

Church Of Fuck’s latest release, a split tape between label mainstays Esoteric Youth and the recently reactivated Caïna, is set to cement the Manchester label’s reputation as the home of hateful hardcore in the UK. – By Ross Mckendrick 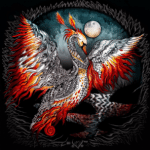 Kuolemanlaakso’s second album Tulijoutsen is a grandiose, sweeping record, perfect for those who like their metal on the melancholic side. – By Ross Mckendrick 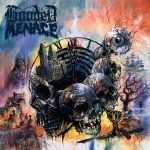 Hooded Menace emerge from the crypt with Labyrinth Of Carrion Breeze, another monstrous release that further cements their reputation as one of the best death-doom bands of recent years. – By Ross Mckendrick 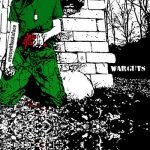 Toronto’s attention-deficit psychopaths eyeswithoutaface manage to blend several disparate genres, exhibiting a fascination with texture, tone, tempo and terror so interesting that you’ll have no choice but to sit back, strap yourself in, and prepare for the loudest ride of your life. – By Ross Mckendrick 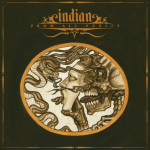 Indian – From All Purity

On paper From All Purity sounds like it could’ve been my new favourite album, and I’m genuinely disappointed that it’s not. On their 5th full-length Indian don’t seem to have any idea where they want to take their unsettling racket, and despite technically ticking all the right boxes, it just feels lacking somehow. – By Ross Mckendrick 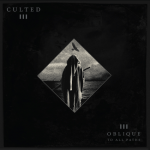 Culted – Oblique To All Paths

With Oblique To All Paths, Culted meld elements of doom, black metal, industrial and noise to create an unpleasant but wholly immersive experience. Follow down their dark path at your peril… – By Ross Mckendrick 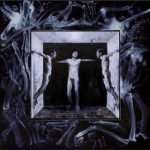 On their eight full-length, Tearing Skyholes, Fleshpress thrive on discomfort and dissonance, pushing sludge metal to its outer extremes. – By Ross Mckendrick 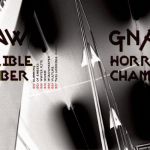 With their second album, New York extreme noise terrorists Gnaw are back like a recurring nightmare. Nothing can prepare you for what’s lurking within their Horrible Chamber… – By Ross Mckendrick 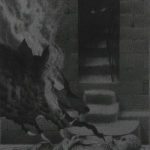 There must be something foul polluting the Mersey, as Liverpool has recently spat forth two more of the nastiest groups currently going in UK Doom; Coltsblood and Crypt Lurker. – By Ross Mckendrick 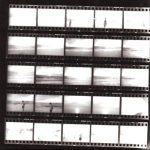 Despite lackluster production values, the ideas present on this album are excellent. Given ample time to mature and the opportunity to record with the right producer, Massachusetts’ Glacier could become a majestic force within the post-rock genre. – By Ross Mckendrick 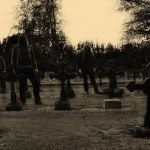 With MMXIII, Ireland’s Malthusian have released one of the most ghastly, horrifying metal recordings of the year. Ross Mckendrick asked the band some questions. 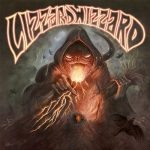 Lizzard Wizzard are probably Brisbane, Australia’s best turn-based stoner doom band. The filthy grooves heard on their debut recording suggests that might just be the case. – By Ross Mckendrick 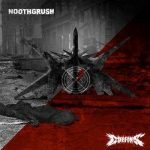 The half hour of misanthropic sludge and deadly doom on offer across both sides of this split LP confirm that it’s one of the heaviest releases to be unleashed this year. Ignore at your peril, and prepare to abandon all hope. – By Ross Mckendrick 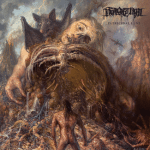 With Patricidal Lust, Vastum eschew the done-to-death tropes that so many modern death metal bands are content to endlessly recycle, in favour of delivering a disquieting record that’s sure to be the most uncomfortable listening experience you’ll have this year. – By Ross Mckendrick