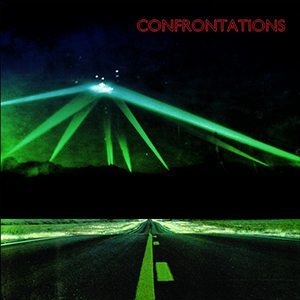 The 1980s. Rolled-up jacket sleeves, mullets, New Romantics, early hiphop. Rudimentary synths soundtracked our everyday lives, from TV advertising, radio jingles, pop hits by the likes of Depeche Mode and movie soundtracks by Jan Hammer and, in the case of 'Manhunter', Klaus Schultz, Shriekback and countless others. Despite the sonic possibilities of the synth, these snippets of music were often fairly mundane sound-wise; no more than a voltage-controlled emulation of traditional instruments.

That was a majority of the 80s though, wasn't it? All surface and very little substance. Though, one could argue that this was a phase that electronic music had to go through in order to 'find itself'.

Then there's the often hypnotic and haunting soundtracks to the films of Italian psychological splattermeister Dario Argento and John Carpenter's self-penned music to his own films. These used synthesis to create otherworldly and sinister atmospheres which often didn't punctuate the action, they just became part of the narrative of the film.

And so, here I am, listening to the latest collection of tunes from Umberto. Authentic-sounding dark horror scores using, I suspect, much Fairlight voicing and Moogery. Confrontations is the latest in a line of Umberto releases which include From The Grave and Prophesy Of The Black Widow.

Now, before you go rushing to Amazon to purchase any of these films, I ought to tell you that they don't exist. Or, rather, they do, but only in the head of Italo-horror archivist, Matt Hill. What Hill has expertly done by recording as Umberto is evoke the mood, atmosphere, the essence, if you will, of classic European and indie-American horror films. Dark and foreboding, unobtrusive but unsettling.

With tracks like 'The Summoning' and 'The Invasion', Hill has taken the staples of 80s soundtrack electronica; shimmering bells, rich pads, minor arpeggios, early drum machine sounds; and recreated the sounds of low-budget indie horror to an almost obsessively accurate degree.

Now, this all begs the question: what's the point, when you've got the original soundtracks in the public domain?

Well, the answer is: "love". A love of the genre, a desire to share the sheer enthusiasm for the genre and for the visuals which accompany the sounds. A love of the tingle of suspense. A love of colour and of design and pictoral composition….and, of course, a love of a good disembowelling.

Yes, this is pastiche; yes, it's not exactly ground-breaking, sonically. But yes, it also brings to mind a time and a place and a mood. If you are an aficionado of Argento, Carpenter or even Polanski, I think you're gonna like this.