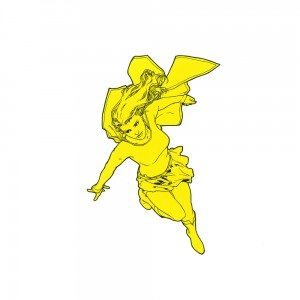 It could be said that A Sweet Niche have blasted onto the London scene from out of nowhere with their mind-blowing new album Eye Music II. But in another way, this album has been a very long time in the making and is a product of years of work, evolution of taste and the ever-increasing skill that comes with being a dedicated musician.

A Sweet Niche originally formed fourteen years ago. They had a different name and played music more influenced by Radiohead, Gomez and The Beatles. Over the years that followed, they continued to absorb and channel new influences that twisted and reshaped their sound into the totally different entity that it is today, as demonstrated by their genre-rich album.

Eye Music II opens with the title track, firing off a discordant barrage of sax, guitar and drums, all flexing their muscles independently of each other, yet still with some semblance of coordination, before settling into manic unison. The song shifts again into intense bursts of funk, then insane rock explosions, before calmly relaxing into a mellow ambient chill. This is not just unique to this track; every song on this album is jam-packed with changes in genre, timing, dynamics and pace.

The quirkily playful opening to 'Fork Crime' soon descends into a fantastic rolling sax line that calls back to nu jazz legends Led Bib, but then a momentarily heavy guitar riff keeps darting in and out again to bring another level to the sounds mischievously assaulting our eardrums.

I won't go on to describe every change that occurs in each song; they are far too frequent. What you can glean from this review is that A Sweet Niche cram as many diverse sounds, styles, peaks, troughs, riffs and ambience into each track as they can, while still retaining an overall sound and meaning to each track that makes it stand out from all the rest.

They have soaked up a huge range of influences from a variety of genres. 'Gaol Bird' calls back to the danceable berserk sounds of Acoustic Ladyland's Skinny Grin phase, 'Bananagirl' manages to create a surf rock vibe that emerges from the chaos, while '24 Note Waltz' is a brilliantly anticipatory tune that remains mellow all the way throughout until it all comes cascading down in a riot of riffs, before gently simmering down again (thoroughly appropriate video for it by the way, look it up). The choppy start-stop rhythm of the final tune 'COS WE CAN' manages to keep your attention throughout as it build and builds until all hell breaks loose. It is a strong ending to a strong album, so much so that I was prompted to play it all over again after my first listen.

The sheer suddenness of each handbrake turn between the riffs that they offer up is pure math rock, yet the precision with which they execute each turn, the immediate shift in dynamic intensity, the coordination between each musician and the discipline that they display is reminiscent of avant jazz rock outfits such as Zu and Zs. Here are musicians who seem to be well-educated in their craft, but have grown up listening to the untrained legends of rock.

Eye Music II is a furious mixture of hopeful and trepidatious melodies, mellow jazz sections and frantic rock riffs. There are many, many ingredients poured into this album, all of which are shaken up and blended in completely different ways for each tune. Every song is almost bipolar in its construction, yet A Sweet Niche's vision is transmitted with sparkling clarity. A must-own album, no matter what type of music you think you're into.