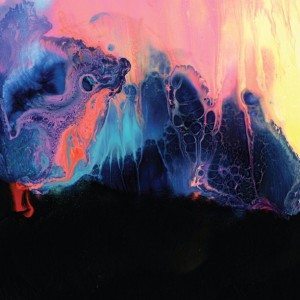 I’ll be honest with you: Ghostly International are one of my favourite record labels. They have, on their roster, some consistently phenomenal talent ... such as co-founder Matthew Dear, Scott Hansen aka Tycho, Christopher Willits, Com Truise, Gold Panda, and Dabyre ... and have released some truly breathtaking albums, such as Dive by Tycho and Asa Breed and Beams by Matthew Dear.

Another album to add to the “breathtaking” list is the latest release by Zachary Shigeto Saginaw aka Shigeto entitled No Better Time Than Now.

This is my kind of future jazz. A heady blend of beats and keys. A particularly special blend that I, for one, cannot get my fill of. Shigeto’s unique approach to his music - polyrhythmic percussion underpinned by the sweetest of electric piano or bass sounds - simply melts my heart and leaves me wanting more.

Shigeto’s layering really appeals to me. He takes multiple beats and rhythms - some that don't necessarily work together - to create a dense but utterly delightful percussive layer. This layer is grounded in hip-hop but also references Afro-beat, Detroit Techno, jazz-fusion, and even demonstrates Brazilian styles such as samba (reminding me of the late Suba in doing so). It certainly gets my head nodding while commuting or even walking my dog. It is the kind of abstract polyrhythmic instrumental hip-hop that tips the hat to DJ Shadow’s Endtroducing - an album that is 17 years young and still sounding like a million dollars.

However, it is more than the layers of delicious percussion that appeals to me when I consider the music on No Better Time Than Now. Shigeto’s music is abstract at times but abstract in a good way - it is always grounded by a melodic layer. Take ‘Miss U’, for example, where he uses an electronic piano to create a layer of calm in the maelstrom of the beats - a layer that hooks the listener and gives them something tangible to hold on to.

These melodies are simply gorgeous. Silky smooth and a fitting counter-point to the varied poly-rhythms and beats used. This contrast really works for me - the opposing sides keep each other in check very effectively - creating a synergy of energy and restraint, of movement and rest.

In fact, it is the driving, progressive, forward motion of Shigeto’s music that makes this release such a joyous affair - he engages the head AND the body with something almost primal, the need to move and dance. I can only imagine the crowd going wild when he drops tracks like ‘Perfect Crime’ or ‘Detroit Part 1’ within his set.

I found No Better Time Than Now to be a sonic delight - wonderfully dense, buoyant with an intoxicating variety of sound and influence, and deeply grounded in hip-hop. This is future jazz for the headphone set and I do not think it gets much better than this. I honestly believe I will be as smitten with No Better Time Than Now in 17 years from now, as I am with Endtroducing today.