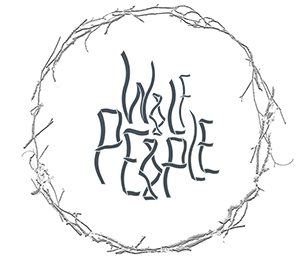 Tonight, Wolf People are playing the closing show in ATP’s series of gigs at Netil House, Hackney. They follow the likes of Shellac, Comets On Fire and The Icarus Line in a none too shabby celebration of alternative music.

Two-piece Hebronix play to a half horizontal, half-vertical crowd due to the option of lounging about on big cushions splayed across one corner of the room. The group is a side venture for Daniel Blumberg of Yuck that eschews that band’s fuller sound for something a little more pared back. Given that, horizontal is probably the optimum position to be in for the band’s light as air, dreamy yet lonesome half hour set. The crowd mumbles quietly as they enjoy their comfy surrounds and small cans of beer and Hebronix get on with their show but it’s not a terribly rock n’ roll start to the ATP End of Year Party although people are still awake.

Wolf People change the dynamic immediately rendering cushion corner a ghost town as people finally get to their feet. This year saw the release of their second album, the underappreciated Fain, it deserves more plaudits (guess what’s going on my end of year list?) and I probably can’t do their list of influences justice given the band’s crate digging proficiency but there’s folk, psych and hard rock all with a thread of Englishness running through their expansive sound.

Beginning their set with the languid ‘Hesperus’ allows the band to flex their old school jam values by locating a reptilian groove and locking in bending familiar songs into new shapes with backing singer Rachel Davies’ stood, arms folded in the shadows. She finds her mojo on a booming ‘Silbury Sands’ though adding soaring Clare Torry style vocals to a song packed with head-nodding riffs and electric interplay between singer/guitarist Jack Sharp and other six-stringer, Joe Hollick. The music might be showy but the band are resolutely the opposite even asking for less light on stage and no strobe please, letting the music do all the talking. No-one is lounging on a cushion now.

New 12” single ‘When the Fire is Dead in the Grate’  ploughs the, by now, familiar furrow of folk tinged prog-gonzo rock with Sharp’s rich voice a constant focal point amid the blazing musicianship as Hollick and Sharp get into a swirling, duel guitar dance like a rural Black Sabbath. The convulsing jams continue before the pop tonic of ‘Tiny Circle’ - Wolf People’s ‘Black Night’ - as everyone “do doo doo’s” away. It’s only the lack of smoke in the air that gives away the year such are the fashions in clothes and hair of the crowd and the molten rockery on stage.

As ‘Tiny Circle’ fades away Wolf People are off again with ‘All Returns’ featuring the joined at the hip rhythm section of Tom Watt and Dan Davies at full tilt and plenty of six-string pyro. ‘All Returns’ comes on like Spinal Tap’s ‘Stone Henge’ embellished by Rachel’s vocals hanging in the air before taking on a jazzy ‘No Quarter’ vibe. The band go on Mountain Jamming past the curfew – “Big black revolver tells me which way to turn!” and predictably there’s one fella who’s now confident to fully unburden himself of his baggage to the snap, crack and pop of ‘One by One from Dorney Reach’  – happily wiggling about throwing his arms in the air. Go on that man!

Channelling Nelson from The Simpson’s I was worried where the barnstorming blaxploitation soundtrack meets heavy rock boogie that is ‘NRR’ had to got to but: “bam, second encore!” and there is it was in all it’s majestic, foot stomping glory. It was a privilege listening to the Bedfordians tonight; let’s hope they aren’t away from these Isles for too long.