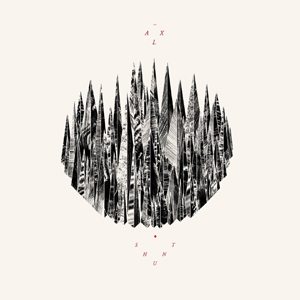 Out now at Fluttery records

AL_X is Bolton-based Alex Dunford's cryptical alias. Shunt is his second full length and the followup to his self-titled debut from 2012. Shunt is filled with intense, trance-like and hypnotic songs with strikingly cinematic qualities. A good example here is one of the highlights ‘Into The Trees’ which immediately sparks memories of the old science fiction movie Blade Runner scored by Vangelis.

Other memories from dark films keep appearing throughout this album, like the industrial sounds of the haunting ambient track ‘Shunt (Part I)’ brings images from David Lynch’s Eraserhead to mind. Not familiar? Ok, just think about dark industry, abandoned factories and smoke rising from pipes. Good, now you’re with me. Now, over to my point: These sounds are begging to illustrate images and as I go from track to track the ambient and cinematic qualities of Shunt strikes me as worthy of a game or movie soundtrack. So, it doesn’t surprise when I find that Dunford is labeled as a producer by his label Fluttery records.

In most songs where his own voice contributes, like in 'Takk (En Sens)’, he uses it simply as an atmospheric addition and adds a thick mist around the words. He has a clear and bright voice which adds an interesting contrast to the overall rushed and dystopian-like mood of his music. I can perfectly understand his decision of using vocals in some tracks to add some variation when considering the duration of this album.

Making an album consisting of 22 tracks lasting a total of 70 minutes is a brave thing by an artist to do to a listener. Throughout an album you don’t want to exhaust me, but you don’t want to bore me either. You really need to find a good balance. So, the longer an album gets, the more complicated it gets and the bigger the challenge for you as an artist. AL_X never bores me, but in the end he does almost exhaust me. Although there are some calmer interludes here and there, the overall drama never decreases in intensity. It’s clear that AL_X is a big fan of progression, his songs are always on the move somewhere, although often somewhere unspecific.

I’ll end this with pointing you into the direction of ‘Back Into The Trees’, the definite repeat-worthy song of Shunt. Countless layers of rapid and rhythmic noises all wrapped in that particular dystopian mood AL_X proves to be an expert in executing.