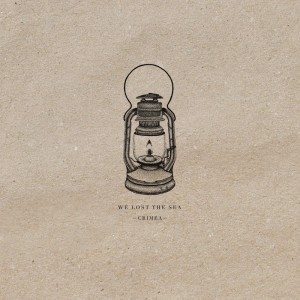 We Lost the Sea

As I'm listening to the remaster of Crimea by Sydney band We Lost the Sea, based on the Crimean war of 1853 – 1856, Russia has again taken the Crimean Peninsula, this time from the Ukraine, again with the claim it is providing protection, but again in reality a response to growing alliances in the West. The first Crimean War evokes the stories of Florence Nightingale and the suicidal charge of the light brigade. It was effectively the first war reported on in the media, via telegraph and photographs, and saw one of the worlds first war poets, Harry Turner, whose poems “inspirited” the lyrics of the songs on the record.

Originally recorded and mastered in 2010 by Magnus Lindberg of Cult of Luna, the record has been given the once-over by Sydney's Tim Carr for vinyl and shows his trademark clarity and sharpness which I generally, but not always, find successful. I don't know what it will sound like via the warm distortion of vinyl but it may be a case of bringing it a notch back towards the noticeably dirtier mix of the original. I quite like this mix but enjoy the original too. Musically it has elements of post metal and post rock with sparse harsh vocals, songs of various lengths, broad dynamics, deep layering of sound and a range of song structures. More importantly the music conjures up vivid images as you are steered along a path with just enough lyrical content to point you in the right direction.

The lyrics are written in an elevated language that fits with the era and Chris Torpy half growls, half screams them slowly and methodically, turning a single line into three or four at times with the occasional word or two repeated to emphasise them and maintain the meaning of the line. While this remains constant (except for the whispered closing passages) the music carries us though the experiences of the protagonist, starting with the preparation to sail into battle, head filled with naivety and air of righteousness in 'The Vessel'. Then comes the outward sea voyage in 'Hail! Star Of The Sea (The Rise Of A Shining Emperor)', and struggling with trepidation and the internal battle with fear, as he looks to the shining star of the sea for comfort- “Filled with uncertainty and fear / I know you will see me through”.

The middle pair of songs centre on the siege of Sevastapol in which 130,000 men died, the vast majority of disease. It's the setting for the charge of the light brigade and although the most famous battle, 'Balaklava Cold' is the shortest song, putting the events in their true perspective – yes, many men were shot during the charge, but most death was slow and uneventful, outside of actual combat. Over the two songs the driving guitar and bass paint a graphic picture of thousands of horses' hooves thundering over the ground, before gunfire is signalled by discordant bursts. Things slow down for a while as the smoke clears before the final charge becomes a slowing march of dying troops.

'March to Scutari' pays dues to the dead while seemingly honouring victory, taking us back to 'Hail...' with its references to following the light on the way to victory: “And even though I’ve come out battered and bruised and barely breathing/ It’s your guidance that has brought me to where I stand/ Triumph is now the epilogue/ Because I still stand…”. But in the end victory comes through death as the protagonist is killed around the half way mark and the song becomes uplifting and triumphant: “Dying to be set free…”

I'd not previously given this record as much time as The Quietest Place on Earth, but listening again has brought home just how well crafted Crimea is. We Lost the Sea's songs are rooted in historical events and the emotions surrounding them, and it's impossible to listen to this without looking for connections with the tragic and untimely death of Chris Torpy early last year, making it all the more poignant.

You can preorder the vinyl via bandcamp. 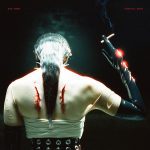