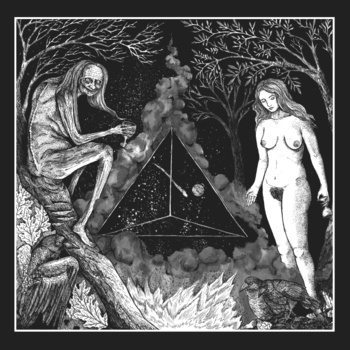 Out on April 29th through

That feeling of walking out of a venue after a metal show and immediately realizing you might have gone completely deaf. Most of us are very familiar with this- I know I am. That feeling of near-deafness is about as close as I can think of to listening to Black Monolith’s debut record, Passenger. It is an all out assault on the listener’s mind, body and soul. Essentially, it’s the opposite of yoga.

Black Monolith is a one-man metal outfit in the style of Leviathan or Xasthur. Behind the band name is Gary Bettencourt out of Oakland, California. Bettencourt is a former sometimes-guitarist for Deafheaven, and Passenger will be the first release through George Clarke’s new label All Black Record Company. Not that Deafheaven is even remotely a bad thing, but for all intents and purposes, that will be the last mention of Deafheaven in this review. Simply put, Bettencourt has created something truly amazing with Black Monolith and he deserves recognition in his own individual right.

While American black metal has come to be defined as a mostly genre-blending effort, Bettencourt manages to shake off any pretense and simply pull punches without warning. The album begins with 'Intro/Void', a thoroughly misanthropic tornado of roiling drums and filthy, reverberating guitars. Just as the listener thinks they have a fancy box to put Black Monolith into, Bettencourt dropkicks into the next track, 'Dead Hand'. Although mostly a curb stomping crust punk track, Bettencourt carries on with the same level of distortion and howling vocals as on 'Intro/Void', as well as on the rest of the record.

Bettencourt’s influences clearly span the spectrum of heavy music, but there just isn’t time for pretense on Passenger. There are plenty of traditional black metal moments throughout the record. It is, for the most part, a black metal record. This is best evidenced on ‘Adhere’, the beefy middle track. However, the records defining moments occur at points that are the least black metal.

This is best exemplified on 'Gold Watch', the second to last track on Passenger. After over seven minutes of pounding drums and guitars that switch between riffing and tremolo, the song comes to a halt. Guitar distortion fills the void, until a massive, pulsating electronic infused drum progression slithers in. It is the type of infectious, deeply disturbing music that writes itself into your nightmares.

The album closes with the most interesting blending of genres. ‘Eris’ is half doom metal, half Explosions in The Sky-meets-Darkthrone. In some ways it is a spot of light in a world of dark, but it is hard to believe anything can really be particularly ‘positive’ on Passenger. It is beautiful yet deceptive, as if Bettencourt meant to say, “You can have your transcendence, but darkness will return in no time”.

In regards to another black monolith, Dr. Floyd’s prerecorded message from 2001: A Space Odyssey goes: “The four-million year old black monolith has remained completely inert. Its origin and purpose are still a total mystery”. Such is the story of Black Monolith. Something that cannot be defined, but is terrifying and incredible at the same time. ‘Passenger’ will be available for purchase on vinyl and digital copy later this month.