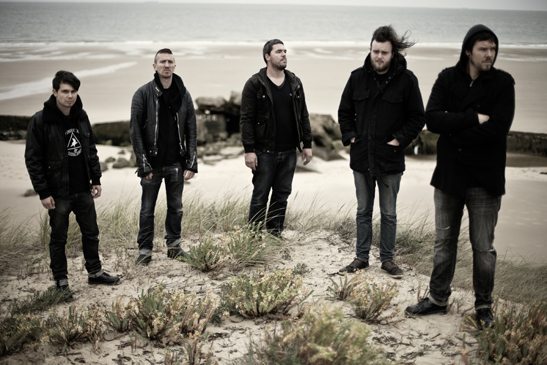 Amenra is one of my favourite bands ever. Their bleak, dark and grim sounding mix of sludge, doom and post-metal always hits the right emotions in me. It was also my first ever review for Ech(((o)))es and Dust when I reviewed their Live album. The Belgium band has been going for many years and is involved in various musical and artistic projects. I asked singer Colin H. van Eeckhout some questions about the band, Church of Ra, his art and their upcoming show as part of Beyond the Redshift festival.

(((o))): Hello Colin, thank you very much for doing this interview with Ech(((o)))es and Dust. First of all, you are one of the founding members of Amenra. Do you remember how it all started?

Colin: I played my first show with Kristof J. Mondy (also founder/ex-bass) when I was 14 (‘92/’93). That wasn’t Amenra yet. It took us a while to form ourselves, to know what we really wanted. So in a way it started then.

Amenra itself got formed in 1999. We hooked up with Mathieu J. Vandekerckhove (guitars) around ‘97 when he joined our band ‘Spineless’, we called it quits in ‘99 and he brought us to Bjorn J. Lebon (drums).

We knew we wanted something different than what we were used to in Belgium. We wanted to be part of something bigger than a band.

(((o))): I love the whole community feeling I get from reading about Church of Ra, about the gigs/tours you all organise together and how lots of people are guest musicians on each other’s recordings. How did the Church of Ra community develop and who is involved in this?

Colin: It started when Amenra started working with different artists of all sorts. We met a lot of kindred spirits along the way, and connected with them. We started working together in different projects with Amenra and sideprojects Kingdom, Syndrome, etc. When Lennart Bossu (guitars) and Levy Seynaeve (bass) joined Amenra, Oathbreaker and Hessian got formed. We worked together with Tomas Lootens and Valentijn Goethals, from Webecameaware for layouts artwork etc, they are also in The Black Heart Rebellion. Treha Sektori from Paris also works with us a lot. I started talking to him in 2009, and soon thereafter we formed Sembler Deah. New projects CHVE, Harlowe, Caan, Darak, Wiegedood are being formed. Through the years photographers like Stefaan Temmerman, Jeroen Mylle, Thomas Sweertvaegher worked with us as well, dancer choreographer Thomas Steyaert, visual artist/graphic designer Tine Guns and so much more.

Church Of Ra isn’t quite about namedropping, everyone we work with and supports us in any way are a big part in who we are today.

(((o))): You are playing the Beyond the Redshift festival in London, which has an amazing line-up. What does it mean for Amenra to be part of this?

Colin: I saw one of the best shows in my life at the Forum in London, Neurosis with Jarboe. It’s a great honor for us to be standing on that stage. I’m really stoked, more and more festivals of that pedigree are being formed.

(((o))): Are there any other bands you are looking forward to seeing at Beyond the Redshift?

(((o))): What can we expect from your show at Beyond the Redshift? Will there be new material in your set?

Colin: No we won’t play any new material, no. You can expect the same thing as always. An honest representation of the band Amenra.

(((o))): You are obviously a very interesting artist and I take it you are a lot involved in designing the Amenra cover art and posters, t-shirts etc?

Colin: I make all the decisions concerning the visual and philosophical aspect of Amenra before I take it to the group in its entirety. Except for the live visuals, that’s Mathieu’s area of expertise.

(((o))): A lot of the Amenra art looks very bleak, dark and grim and it fits the music just perfectly. Where do you get your inspiration?

Colin: Everything I see around me or happened to me through the course of life. Everything that brings a person to his/her knees.

(((o))): Do you have an artistic background, like did you go to art school or anything like that, or is it something you’ve developed all by yourself over the years?

Colin: No one in Amenra has a background in art or music. We’re self-taught. But we cannot deny we get great deals of help from other people. As far as the graphic side goes. 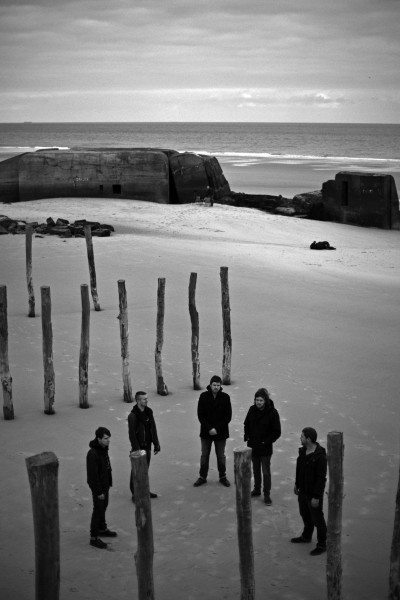 (((o))): I really love the whole Amenra package. The music, the artwork, the posters, the videos, it is all part of the experience. How difficult is it to get everything to work perfectly together?

Colin: Extremely difficult, and what makes it difficult is it takes an awful lot of time. We’re musicians, but our work doesn’t end when a new album is written. We do everything ourselves from beginning to end. And we all do this besides our full time jobs, and family life.

(((o))): Amenra is not a black metal band, but the grim atmosphere it breathes all over the artwork can make people think Amenra is another Norwegian black metal band or something. Do you ever get mixed up? Do you or any of the other Amenra guys listen to black metal at all?

Colin: I think Levy and Lennart have some musical knowledge in that direction. Levy started a “black metal” band not so long ago, called Wiegedood. You’ll hear about that soon.

It is true you can find some grey areas in both worlds, the no compromise lo fi recording for instance, the sincerity of it, the importance of esthetics, and so forth.

Colin: Depends what you see as ‘a release’. Amenra releases something new every couple of months. Now we have two split 10 inches coming with Eleanora and Treha Sektori, another split 12” with VVOVNDS, live DVDs, a second live album on vinyl and CD. We’re also working on our second book, and on an ambient album and art film. We’re working on a next Mass as well as a second acoustic album.

(((o))): Colin, you are obviously involved in a lot of other musical projects, at least your Facebook page mentions a lot of them. How do you find the time and inspiration to be so heavily involved?

Colin: I know I won’t be around for a long time, and I feel I have to make the little time I have worthwhile. We all have to answer to the force that drives us.

(((o))): I’ve noticed that there are quite some fans with Amenra tattoos, using logos and album artwork. What does this mean to you?

Colin: I am truly honoured that people put so much faith and trust in what we do. We will do everything within our might, to not or never let them down. It urges us to fight hard for them. We make each other stronger.

(((o))): And related to this, and I just have to ask this as I am intrigued, what is the meaning behind the huge piece you have tattooed on your back?

Colin: Let’s call this our talisman. A visual representation in what I believe in. It gives me strength and protects my family.

(((o))): Coming back to Amenra’s music. You are one of not the favourite band within the sludge/post-metal genre for me. I can’t listen to Amenra without getting emotionally involved and I can’t therefore not listen to your music all the time. I have to be in the right state of mind. Have you ever cried listening to your own music?

Colin: More than you can imagine. Sometimes after a show, twice on stage. It depends on the mental state.

Colin: Music that comes from the heart, music that heals. Whatever style or genre.

(((o))): On a lighter note, I absolutely love Belgium beers. Are you a beer drinker? If you are, what are your favourite beers we should know about?

Colin: I’m not. I’ve been straight edge for over 20 years now, meaning I don’t drink, smoke or do drugs at all. Same goes for Lennart. You might want to ask the other band members about beer.

(((o))): What is it like to be part of the Neurot family now? And are you still involved with the ConSouling Sounds as well?

Colin: Neurot, ConSouling, Hypertension Records, all the labels back us up like no other. But it’s a fact that we really felt like coming home, when we got signed to Neurot.