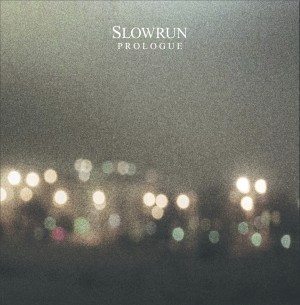 Here’s the thing, I’ve been sat on this album for some time now. Don’t get me wrong, it’s solid, it’s really well written and arranged, it even typifies Post Rock for a lot of people. But that’s just it, it’s complexity warrants spending some time with to appreciate what is going on from Finnish band, Slowrun.

Prologue contains 6 tracks, all instrumental and all have a specific different kind of melancholic beauty to them. And in understanding the beauty of it, I felt like I had to let it breathe and flow before making judgment. It’s a gradual album that grows with more listens that’s for sure, and to me that is the best kind of album out there, were you can find something new on every fresh listen. Slowrun have managed to build up some really comforting atmospherics through the drive of the guitars on Prologue which helped me to re-direct my feelings in a positive way. When an album can evoke something different and special from your feelings, you know you’re onto a winner.

Maybe so far, I’ve painted the picture of a pretty album. That’s not all that Prologue has to offer. It’s bold and at times throws up a few little surprises. Like the exquisite Piano melody in ‘Glow In Isolation’ to the wonderful climax in the 10 minute song ‘Void’ which remains interesting and through-out.

On the face of things, we all have those albums that we like to just click play and we can get straight into. Slowrun have purposely created something deep, meaningful and special within the core of this album, which means that concept doesn’t apply to this. Nevertheless, take nothing away from the fact that it’s a brilliant album with contrasting textures, elements and atmosphere’s that combined with some stunning rock melodies creates a real winner.