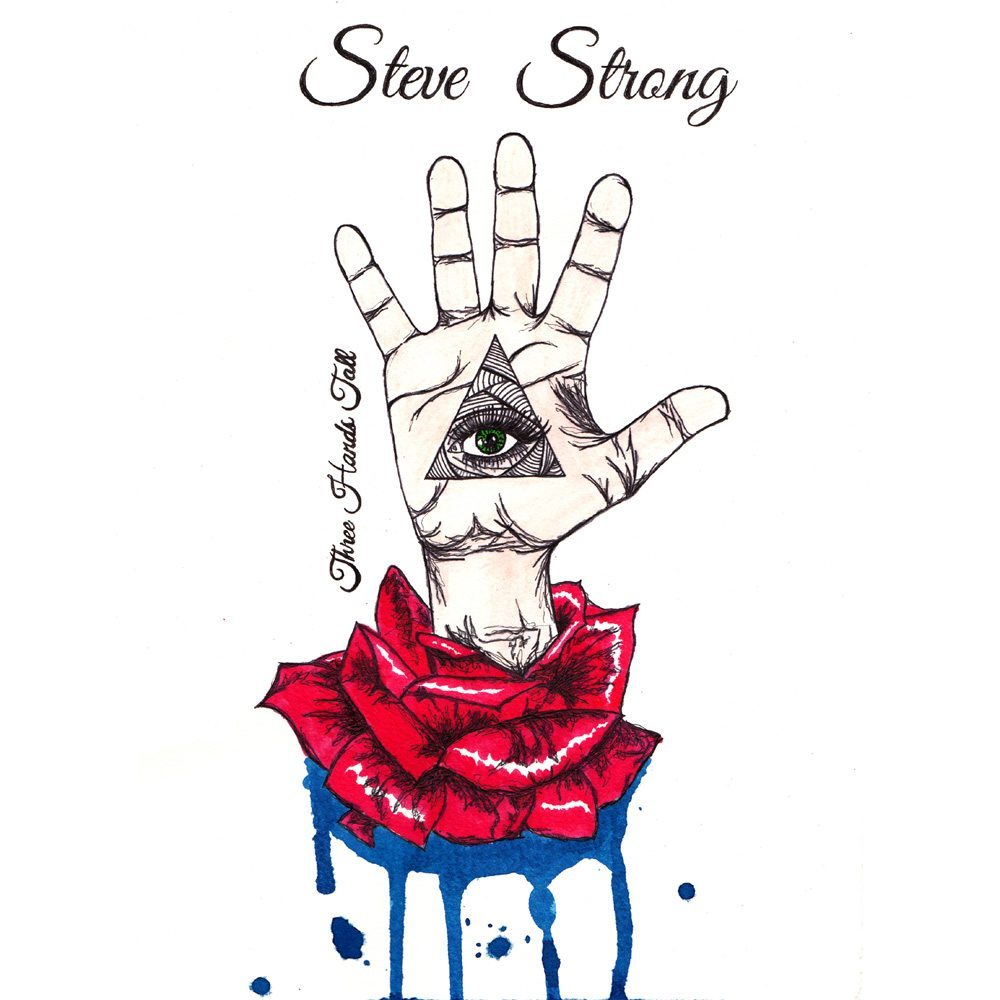 I'll admit to sitting on this album. I received it a while back and didn't really know how to process it.

I remember the moment the album clicked: I was walking my dog, Pippin, in Ordsall Park in Salford, Manchester; I wanted something lively to counteract the emptiness of the park at such an early hour. My family & I were enjoying a wee city break, and I, in turn, was enjoying a few moments of precious solitude & respite from music chosen by committee.

When I put it on something just clicked and I just thought "yes!"

Three Hands Tall by Steve Strong presents a vibrant and varied view of life, a world view that has become so compelling to me that I now own the album on vinyl after a sojourn to both Piccadilly Records and Vinyl Exchange in Manchester (both well worth a visit).

This album is a wonderfully varied rollercoaster of a progressive guitar-orientated ride. The ’yes, but’ statements above do ring true: there are math rock moments, with intricate timing and whiplash-inducing stops and starts. There are also vocals, some of which remind me of The Mars Volta, some that don't. The music, at times, is reminiscent of TMV too: a caustic yet intricate guitar sound with rather frenetic, syncopated drumming.

One interesting that I found with Three Hands Tall’is that it feels like two separate EPs rather than a wholly consistent album. Tracks 1 - 5 feel different from 6 - 11. I think this is due to the involvement of Scott Brown on bass, guitar & vocals. There is a group feel to the second part of the album.

Don't get me wrong, the first half is engaging & entertaining, with the exception of the ’shout-in-unison’ football stadium vocals of ’Gorilla Army’ (a technique I've never really liked). Tracks like the opener - ’Marta’ - or the title track - ’Three Hands Tall’ are powerfully emotive tracks. ’Do Not Swallow’ too is a tour de force of progressive Math-inspired instrumental rock. The percussion on this track is a wonder to behold.

It is when we move to ’Hot Air’ that things change. Not in a bad way, more in an ’up a gear’ kind of way. There is some wonderfully elegant & refined to 'Hot Air', for example, after the frenetic drum intro is passed. It is a downtempo period of respite, one that has works so well.

Other tracks of note on the second half of the album include 'PointCounterPoint' with its shouty vocals, caustic guitars & mental time signatures is a dramatic nod to The Mars Volta, 'Safety In Numbers' with another mental time signature and the inclusion of lilting, lazy horns (delightfully lazy btw), and 'Mexican Bigfoot' with the acoustic guitar & wall-of-sound aesthetic.

All in, I found Three Hands Tall by Steve Strong to be a wonderfully varied musical journey, one that is both inventive and engaging albeit one that isn't always initially accessible but most definitely worth sticking with.

Oh and it sounds fab on vinyl.