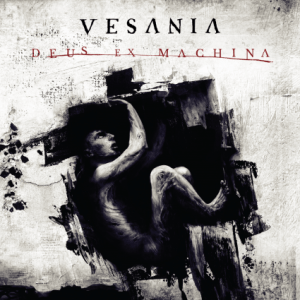 I distinctly remember the day when I first discovered Vesania, and the album was a completely random purchase. Initially I was after something fresh that I hadn’t heard of before, and I was going through a phase where I had music overload; everything was becoming an indistinguishable and fatiguing blur. It happens on occasion; you’d stand there looking at your stereo or scrolling through your mp3 player thinking “Damn, what the hell do I play?”. Vesania broke that indifference with the astonishing God The Lux album; a work of genuis that at the time easily out Zyklon’d the band Zyklon, such was the bewitching blend of industrial tinged black metal. In fact, I will go so far as saying that God The Lux and Firefrost Acranium are essential purchases that are easily within my top 20 albums of all time.

Vesania, are a sort of black metal super group of sorts – composed of the core members Daray and Orion who are originally members of Behemoth and Vader. There has been a shifting lineup due to other members having day jobs in other well known bands such as Dimmu Borgir, to name just one of a dizzying array of other bands. Which, had been reflected in the album Distractive Killusions; an album that shifted from a more underground black metal sound to a symphonic black metal base. While this was a good album in its own right, there was something lacking – which may have been down to a style change and the band finding their ‘musical feet’. Critics may say they tried to break into mainstream black metal success (if such a thing exists, and as oxymoronic as it sounds), and they probably tried too hard to emulate their peers, rather than innovate. Either way, there was something that always had me dive for playback of Firefrost Arcanium, God The Lux or their Moonastray split EP with Black Altar every time.

Several years have elapsed, and many things have changed. Brilliantly, Vesania are back and despite the above criticisms outlined, have caught the attention of Metal Blade Records. Their latest album Deus Ex Machina is due to land on October 28th, 2014.

The big question is: is it any good? Oh yes!

Despite the fact that Vesania had disappeared off the radar for a considerable amount of time, they have come back with a renewed vigour and appear to have refined from the somewhat risky style change of Distractive Killusions. Firstly, starting with the monumental banger and a half that is ‘Halflight’ – a gloriously powerful stomper that sounds likes something from the Firefrost Arcanium era and with definite Behemoth influence. The tracks ‘Innocence’, ‘Disillusion’, ‘Dismay’ and ‘Scar’, have the musical style from Distractive Killusions – but dramatically improved. Spiralling piano/synths underpins it all; which a melodious circus keyboard style. Sounding like the lost son born of Arcturus and Vader knocking boots behind your local nightclub, in a Transit van while off their faces on acid.

‘Vortex’ continues on with the grandiose raw stomp of earlier works, punctuated by an oddly tribal guitar chug and drumming that works very well, while ‘Glare’ has a mix of barked and clean vocals spiralling keyboards and strange time changes teetering on the brink of collapse. ‘Notion’ starts slowly with synth burbles and sonic attack reminiscent of God The Lux tracks, punctuated with lead solos halfway through the song. ‘Fading’ is also a track worthy of note, that has a betwitching keyboard motif and a powerful driving chug.

To conclude, the absence of Vesania from the extreme metal world had no adverse affect on them, In fact, the opposite. It appears that this band/project (call it what you will) had a much needed time out to focus on their work in their main bands. Which I can only assume may have contributed to what I believe was a lack of focus on Distractive Killusions (as churlish as this may sound). Vesania are back with a renewed vigour – join them in their musical madness.