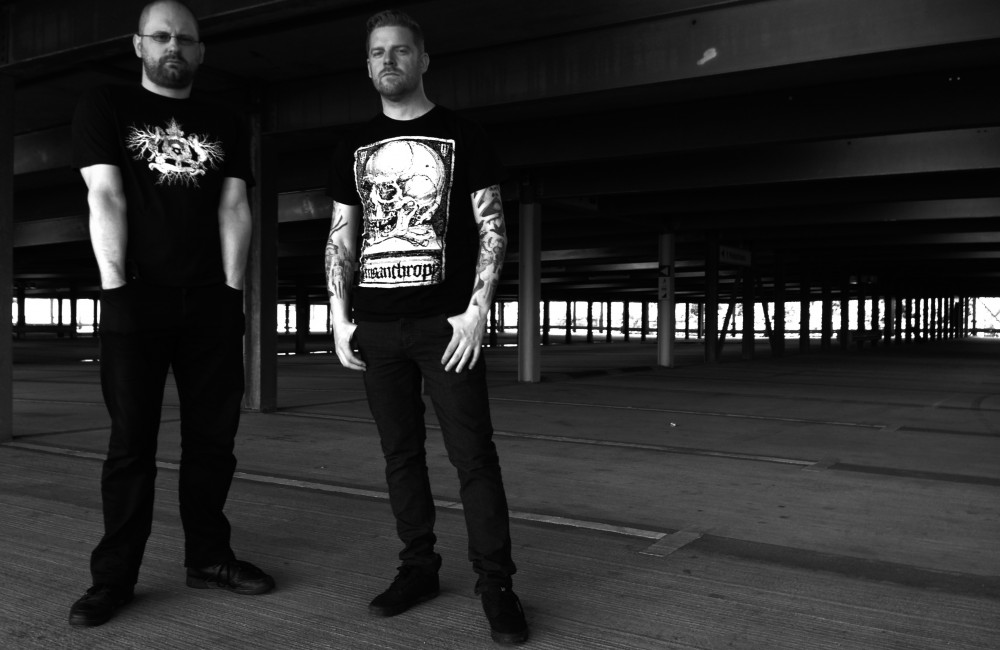 It’s not every day you get to interview someone who is effectively an extreme music machine. Mick Kenney, famous for his work in Anaal Nathrakh, has been involved in an astounding number of projects over the past few years, all releasing albums at a reliably regular rate. From his involvement in Mistress and Fukpig, through creating Suffer Well and his solo project Professor Fate, to producing acts such as Motionless In White and Bleeding Through, plus running FETO Records with Shane Embury of Napalm Death. Oh, and he has his own line of shirts, vests and hoodies under Misanthropy Clothing. It’s almost a miracle to see him sat down and relaxed in the lead-up to Anaal Nathrakh’s headline show at the Boston Music Room in a couple of hours.

For playing such extreme music, Mick is a cheerful fellow. He has a grin on his face throughout most of our interview, more than happy to engage in “general chit-chat bullshit” as he terms it. He reflects on the few dates Anaal Nathrakh have just completed, culminating in their performance at Damnation, which was “awesome”. When asked what’s going through his head when he’s playing, Mick initially quips “Mainly trying to remember how to play the songs,” as a joke, before clarifying: “Just enjoying it, y’know. I almost see myself as part of the crowd, really. Just look at the crowd, have fun.” He pauses. “I don’t really know, I’m usually drunk.” Although not as drunk as the crowd, I’ll wager, as I was to find out later.

Given Anaal Nathrakh are now on their 8th studio album, it stands to reason that only a portion of the tracks are going to appear in their live set. I ask whether there are any tracks we can discount from appearing live, aside from obvious ones featuring guest performers. “Yeah, tons. I try and do the live songs which have the most hooks, the most things that stand out. Otherwise it just becomes a blur. There are some songs we do which are specifically just to be a blur, and they don’t work well live. So we just don’t play them.” So one can assumes ‘Castigation And Betrayal‘, a song which if played may kick off actual armageddon, is off the cards.

When not plying extreme metal, it’s certainly no secret that Anaal Nathrakh have a love of electronic-based music, with names such as Whitehouse and G.G.F.H. frequently cropping up. Recently added to those names are Irish speedfreak Drugzilla and industrial producer Gore Tech, both of whom have worked on recent Nathrakh releases. It seems the latter collaboration was quite spontaneous: “I just kind of randomly met Gore Tech and asked him to do it, and he really wanted to.” Simple as that. I also noted that the band’s music has taken more of a groove-oriented approach of late, which apparently ties in with the increased presence of electronic parts: “I like a lot of electronic music, and that doesn’t really work well fast. You have to have space for it to poke through, otherwise you can’t hear it. With slower beats it works better, but it’s still extreme though.”

One other point that comes up when discussing new album Desideratum is a strange performance from Niklas Kvarforth of Sweden’s Shining (but then when is he not?). What initially sounds like him reciting a quote on ‘Rage And Red’ turns out much more bizarre: “He was freestyle rapping. I told him to rap. I have no idea what he’s saying.” And that’s not the oddest bit about it, as Mick divulges further. “He came to our hotel room to record his vocals, and it was the same day his mother died. It was an interesting recording session. He was doing all kinds of weird things while recording vocals; he strangled himself with a belt, he puked into a trash can. He got naked, was masturbating recording vocals…There’s a few more things, but I won’t say what they are because they’re a bit X-rated.” The smile on Mick’s face gives an indication that some questions are best left unasked.

Moving swiftly on, I want to delve a little further into the writing process, particularly how Mick composes the songs. “I just sit down and say ‘I’m going to write some songs now’, and then however they turn out, that’s the style they are. I don’t have any kind of vision.” In this method an album only takes a few weeks, a stark contrast from the months that many other extreme bands take to hone their material. “I just feel like I know what our sound is. I know what works, what doesn’t work. I mean, not everyone’s gonna like that, but as long as I’m happy with it, I think it’s correct,” emphasizing the last word with a smirk. It’s a testament to Mick and Dave [Hunt, vocals]’s friendship and work relationship that they have never had a disagreement in musical or vocal direction. “There might be something that we change a little bit, but he won’t sit there and be like “Oh I don’t like this song” or “Make that bit faster”. When we go to record the songs are already finished, and then he does his vocals. So…it’s kind of a bit too late at that point.”

Moving onto more general topics, I bring up the current state of extreme metal, and in particular whether Mick thinks there’s such a thing as ‘too extreme’. His initial response is succinct: “I don’t think there’s ‘too extreme’, but I think there’s silly.” Being extreme doesn’t require insane speeds according to him, “it’s more of a feeling. I think a lot of bands these days want to get really technical, really REALLY fast. And that doesn’t sound extreme to me, it just sounds stupid.” However, playing along with my question of creating the most extreme thing imaginable, he reckons “it wouldn’t be metal music for a start, it’d probably just be white noise.” If that hasn’t already been done by now, that is. And if you think that sounds bizarre, our discussion on the notion of Anaal Nathrakh acoustic sessions and lullabies [unfortunately not recorded] is nothing short of mind-melting and “not out of the question”.

To round out, I am compelled to ask about the clothing line he started, Misanthropy Clothing. Not many metal musicians can claim to owning one (Gaahl of God Seed, for instance), although for Mick it was quite an impulse-driven venture: “the guy I live with, he set up a printing company which gave me free range to just make shirts. So I just started designing my own T-shirts. And I thought I can just put these on a website, make them, maybe people want to buy them too.” Considering the number of designs available on the website (misanthropyclothing.com) it seems it’s doing very well indeed. “It’s nothing super serious, it’s just a bit of fun. It’s just another creative outlet, no serious message.”

We wrap up the interview in good time, Mick still smiling despite the repetitive rock music blaring out above us (it’s the second round of Foo Fighters’ ‘The Pretender’). We both then have a couple of hours to mentally gear up for the carnage later, as my live report can attest here.

Ech(((o)))es and Dust would like to thank Mick for his time, and Andy from Metal Blade for organizing the opportunity.