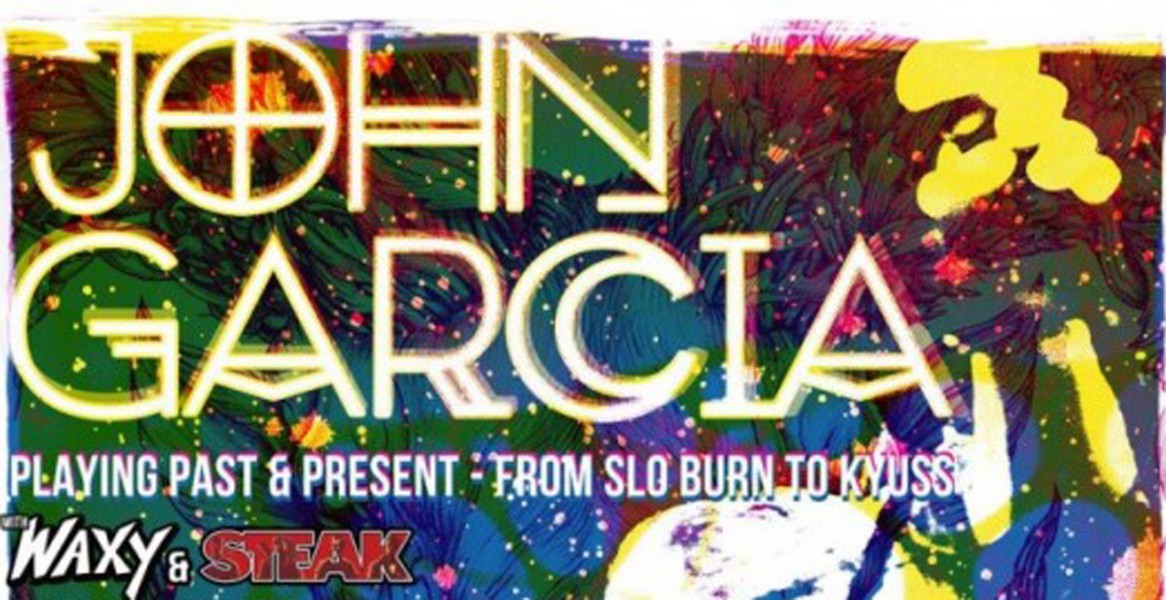 Walking through the glazed automatic double-doors that grant entry to the recently-redecorated sterile-and-pastel lobby of the University of Manchester’s Student Union, your eyes and ears immediately drawn to the grinning faces of drunken undergrads and the muffled gabblings of Ed Sheeran that threaten to break free of the confines of the Union bar opposite at any moment, one could be forgiven for feeling as though they were here tonight as an extra in an episode of Hollyoaks rather than a member of a stoner rock pioneer’s audience.

However, after ascending a few flights of stairs leading to the upper reaches of the Union building, our intrepid reviewer arrives at Academy 3’s thankfully much more context-appropriate darkened interior, curtained walls, and grubby floor that present themselves as the setting for tonight’s triumvirate of stoner rock powerhouses nearing the end of their recent European run.

Dutch openers Komatsu do a valiant job of getting things started, with their dense instrumental sections providing the standout moments of their short-but-sweet performance. Frontman Mo Truijens’ vocals are strikingly similar to James Hetfield’s barking around the …And Justice For All era, and whilst by no means sub-par, I struggle to shrug off the feeling that they may be ever so slightly superfluous, as Komatsu’s moments of true beefy beauty come when Truijens steps away from the mic and concentrates on his six-string. 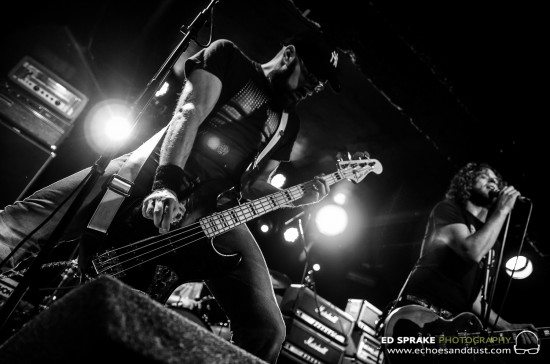 Throughout their set, bassist Martijn Mansvelders (who is, incidentally, the owner of the lowest bass stance I have ever witnessed. Seriously. He was practically dragging it along the floor) does a commendable job at keeping the momentum going; by no means an easy task for the opening band on this bill playing to a notoriously nonchalant English audience. The Dutchmen end their performance on a crushingly heavy high with the instrumental ‘Blackwater’, whetting appetites Academy-wide for the rest of tonight’s stoner rock spectacular.

Next up are Steak with an absolutely desert-scorched performance. Emerging from the darkness accompanied by the menacing bassline that propels the band into ‘Machine’, Steak’s collective hangover results in the beast taking a song or two to fully warm up and stretch out, but once at full tilt the ante is upped considerably, with even the photographers hunched over in the photo pit managing to squeeze in a spot of headbanging between shots.

Touring with stoner rock royalty has obviously rubbed off on Steak with the four men slipping into a comfortable command of the stage; hair flies, limbs flail, and torsos are revealed (I’m looking at you, sweaty drummer Sammy). Proving themselves the perfect support band for the occasion, the Londoners’ rumbling grooves manage to convey both the sludge and psychedelia of the desert scene uncannily well despite their city of origin. 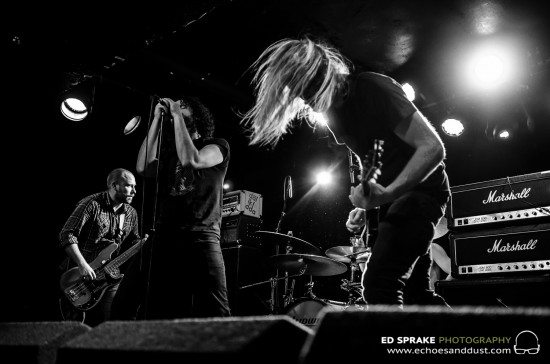 As a small aside, it can’t help but seem a shame that a certain Mr. Garcia tonight forewent the opportunity to join the band for a rendition of ‘Pisser’ taken from Steak’s recently-released Slab City record (on which his vocals featured), instead saving that particular delight for the audience at Steak’s homecoming show at the Islington Academy a few days later.

Talking of the man himself, John Garcia and his band undoubtedly dominate tonight’s bill seemingly effortlessly. That being said, his choice of set openers does puzzle slightly; guitarist Ehren Groban, bassist Mike Pygmie, and drummer Greg Saenz take to the stage and perform Kyuss’ ‘Caterpillar March’ in its entirety as an introductory piece, before launching into Black Mastiff’s ‘Rolling Stoned’, at which point Garcia joins them to rapturous applause. Although, even then, Garcia’s vocals don’t arrive until roughly half-way through the composition. His uniquely rasping tones are, of course, powerfully commanding when they are finally unleashed, but this opening one-two punch does slightly miss its mark, feeling as though it would have been better utilised as a preliminary device for an encore instead.

However, what follows this slightly off-centre beginning is a master class in rock and roll delivery. Throughout the performance, the notoriously reserved frontman exudes a laid-back confidence as a master of his art, whilst carefully managing not to come across as cocky or dismissive. An incredible ‘My Mind’ is immediately succeeded by an equally outstanding ‘5000 Miles’, with the pairing of the two catchiest tracks from Garcia’s recent debut solo album leaving the audience stunned. The rarely aired Kyuss gem ‘Gloria Lewis’ both houses an impressive bass solo and elicits a major reaction from the crowd, before a perfectly executed ‘El Rodeo’ leads into Garcia’s own ‘Argleben’, whipping the gathered throng into a frenzy. 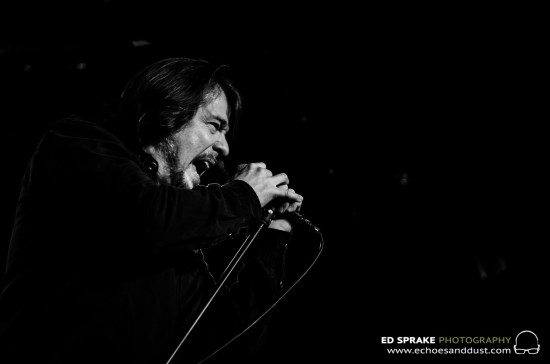 Garcia briefly takes his leave of the stage once again during Kyuss’ ‘800’, evidently keen to allow his accompanying musicians a well-earned chance to revel in the spotlight without casting his own shadow over their performance. Returning for the sole composition on display tonight taken from neither Garcia’s solo album nor a Kyuss record, the band’s take on Slo Burn’s stomping ‘July’ is performed with extraordinary intensity, proving to be the night’s surprise highlight.

A trio of Kyuss classics form the culmination of Garcia’s set; ‘Supa Scoopa’ is followed by ‘Green Machine’, before ‘Whitewater’ brings the evening to an abrupt close. With no prior announcement that this is to be the last performance of the night, it is an ending that I, apparently accompanied by a large percentage of the audience, am entirely unprepared for. The house lights stay dimmed just long enough to instil a false sense of hope throughout the sweaty room, before their arrival brings with it the confirmation that there is to be no encore. An archaic tradition it may well be, but one that would have been most welcome here tonight.

Long-time Garcia disciples may well have their grumbles with tonight’s performance; neither ‘Thumb’ nor ‘Demon Cleaner’ were anywhere to be seen, and, sure, only one Slo Burn song made the cut, with none of the previously teased Unida or Hermano compositions being brought out for an airing, and yes, Garcia said barely a word to the audience all evening. However, these are all, in reality, merely minor complaints when considering what was delivered. The quality of both composition and performance on display tonight is exceptional, with it serving as testament to Garcia’s solo tracks that they can rest comfortably alongside the opportunity to see some of stoner rock’s earliest masterpieces performed by the genre’s earliest master.