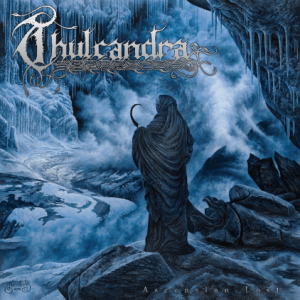 Released on January 30, 2015 via Napalm Records

Thulcandra were formed in 2003, by Steffen Kummerer and Juergen Zintz. Tragedy struck in 2009 while working on their first album with the suicide of Juergen Zintz. Following on from this tragedy Tobias and Sebastian Ludwig and Seraph, completed the line-up and together they released their first album in 2010. Fallen Angel Dominion was an album that met the original bands intentions of celebrating 90’s Swedish death metal and they then quickly followed this up in 2011 with their second album Under the Frozen Sun, which stayed true to the first albums sound. Ascension Lost is their third album and they stick with what has brought them success so far.

Ascension Lost begins with ‘The First Rebellion’, which opens with a nice melody easing you into the album before the drums come in and then the song takes off with frantic drums and  heavy melodic riffs followed by the growling vocals. The song breaks down nicely with an acoustic melody before a slow haunting build up launches the song onto its conclusion that leads on nicely to the next track ‘Throne of Will’.  The song is heavier than the previous track and features a nice guitar solo about half way through it. The next two songs continue this formula of nice heavy riffs, growling vocals and melodic break downs before we get a brief ‘Interlude’.

The interlude breaks the album up nicely with the strumming of an acoustic guitar, to give you a brief breather before the furious heavy riffs start up again for the second half of the album. The second half of album picks up from where the first half finished before the interlude, with the highlight being the ‘The Second Fall’, which is not as heavy as the others but features a really nice rhythm, which is slower than previous tracks but builds to a frenetic  conclusion. After a really good album the heavy riffs and growling vocals give way to a melodic ‘Outro’ track that eases you to the conclusion. Ascension Lost is a great melodic death metal album that is heavy and hard hitting with some really haunting emotional melodies.