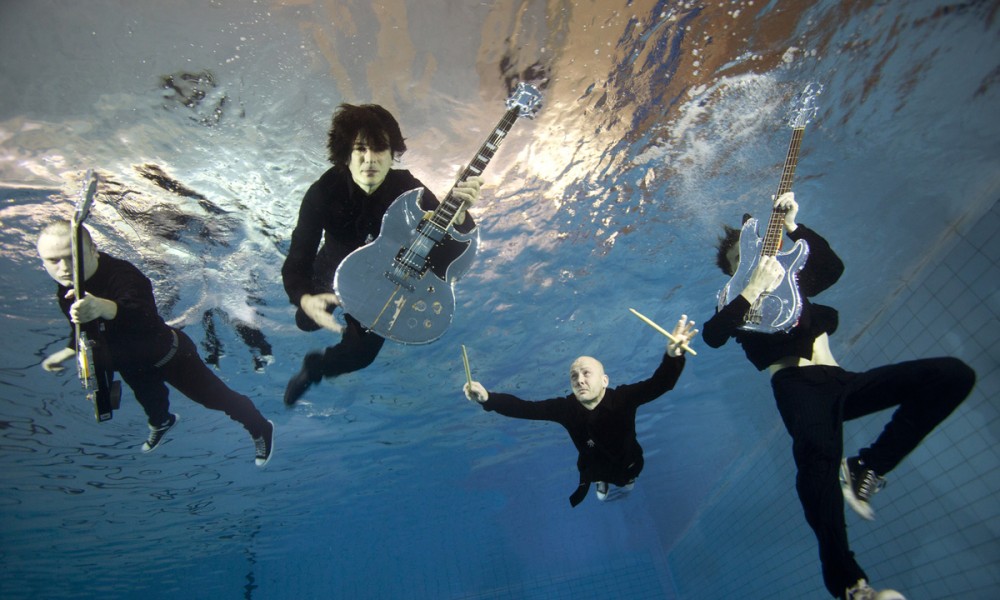 Described as a one-off show, The Old Blue Last is a strange choice of venue for tonight’s gig. The room is the upstairs of a pub in the centre of Hipsterville. With a capacity of only 165 punters, we know we’re about to be subjected to something a bit special.

Making our way through the trendy types we filter up the staircase and politely jostle for the best vantage point. I’m five bodies from the stage and even have somewhere to rest my pint. Ok let’s do this.

Sel and the boys take to the stage, all smiles and joviality. Clearly they’re determined to enjoy this as much as the hardcore throng before them.

There is no surprise that ‘Magic Carpet’ opens the set. Its heavy bastard of a riff is a great overture then we go right back to the debut album with ‘The Consultancy’. The stripped-back approach of current album Mystoria means that those old classics settle very comfortably among new songs like ‘Named After Rocky’, ‘Black Rainbow’ and the ‘Panzer’-like forward motion of ‘OMG’.

So far it’s a typical Mystoria tour set, full of rockers and high energy. The first surprise is a brand new song entitled ‘Horse’ getting its live premiere and injecting a little more prog into the current band formula.

By this stage drummer Matt Brobin seems to be feeling the pace. In such a small environment and with the sterling effort he’s putting in it’s starting to get a bit sweaty up there. This doesn’t deter him though and the whole band are visibly enjoying themselves.

‘O Fortuna’ from the Insider album makes a welcome return to the set after a rest of several years and is followed by the epic space rock of ‘Interstellar’. This is the point where the evening turns from an album tour show to something a bit more special and we are treated to another recently neglected track, ‘Strange Seas of Thought’.

By this stage the line between band and audience is blurred – everyone is 100% in servitude to the music. It’s rare in London to see a crowd so rapt, intent, fully focused without annoying others with inane chat. We know we’ll probably never see Amplifier in such an intimate setting again and they bring us home with a flawless quartet of ‘Panzer’, ‘Motorhead’, ‘Airborne’ and ‘The Wave’.

A wonderful night for sure but nothing from the excellent Echo Street and only two tracks from The Octopus. It feels a little like Amplifier are riding their own wave of hard rock nostalgia (which will crash on the shores of Desertfest when they headline), but I hope they can rediscover their more sophisticated side for album no. 6.