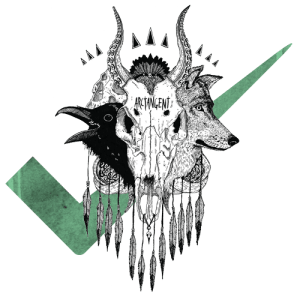 Tips for making the most of the weekend, straight from the bands themselves!

DO:-
– Go and watch as many bands as you can. Basically the line up is so full of quality stuff it can be daunting to try and work your way through EVERYTHING, but you can sleep when you’re dead, and I can guarantee you wont be disappointed.
– Check out some of the awesome food vendors on offer. Although maybe don’t have 4-5 of the deep friend chillies in a row if they’re there again.
– Make new friends. The amount of sound people I met there last year, from bands, fans, and various other weirdos last year. Its nice to share the good times with new people!

Matt – Do bring the joy. Music should be about joyous celebration.

Steve – DO Be kind to one another. Keep an open mind. Drink plenty.

DO’s – Go see as many bands as is humanly possible, bring wellies and bring at least one jacket to counteract the inevitable apocalyptic rain.

DON’T’s – Don’t trust Marty Toner (Alright the Captain) when he says he’s managed to secure the Bixler stage for an afterparty, don’t get into the wrong tent provoking the ire of a catchphrase spouting lunatic and don’t breathe in when you go to the toilets.

DO: See as many bands as you can – they are all going to be awesome
DO: Get up early – the days will be bright and there is riff to feast upon
DO: Have fun – however you choose.

· DO – See every band you think you’d like to see, you won’t be disappointed. Think of the jog between stages as much needed exercise and an excuse for another beer when you get there!
· DO – See a band you’ve never heard of, they could well be your new favourite!
· DO – Buy merch, particularly for the smaller bands. It actually keeps little bands like us afloat and able to keep gigging.

– DO bring a decent tent. Not like me who brought a £10 jellybean tent from the ASDA on the way there and expect it to repel water.
– DO bring good waterproofs, the weather last year was like Moscow at Christmas. Hope it sorts itself this year… I hate the cold, me.
– DO bring yer earplugs. Thank me later.

– DON’T expect longdrops or hippies shitting into bins. The toilets here are very luxurious with toilet rolls, doors, sinks and great tunes rolling round off the stages in the background.
– DON’T forget a football. It’s AMTP against whoever fancies it, 3pm Saturday on the grass next to the Bixler yo!
– DON’T get too twisted too early and miss most of the Silent Disco, just like I did last year.

Do: Expect the unexpected
Do: Go for tea in the giant bus
Do: See as many bands as is physically possible.

Don’t: stick to the main stage
Don’t: Throw your silent disco headphones in the air in excitement (You won’t get your deposit back)
Don’t: Limit yourself to just crack, try everything.

· DON’T – Over do it on the Thursday/Friday night and miss loads of stuff on the Saturday. You’ll regret it, we promise!
· DON’T – Miss the silent disco.
· DON’T – Not come see us play early on Thursday!

DON’T: Save your bowel movements for the end of the festival
DON’T: Bring a tent designed for children
DON’T: Hate. Appreciate!

Don’t be a dick
Don’t get too wasted to enjoy the festival
Don’t forget your raincoat!

Steve: DON’T Forget your wellies. Worry about not sleeping much. Lose your mind.

– Wear one of those stupid feathered headdresses. They’re offensive to the native American culture, you just look like an arsehole, and everyone will hate you for blocking their view of the incredible music on stage.
– Don’t be a dick, respect your fellow festival goers. We’re all there to have a great time, but being a raging knob head and having no awareness of the people surrounding you will spoil it for them. As much as you are a precious flower, the world doesn’t revolve solely around you and your good time party with an acoustic guitar at 5am. Share the good times, involve people, and be respectful if they decline and have an early night. Tent walls are mega thin you noisy fuck.
– Don’t forget to be respectful and thankful to the people who are helping run the event, they’re working (admittedly at an awesome festival) so you can have the time of your life. They’re the good eggs and we should all be grateful to them for the sterling work they do to keep it all running smoothly, or bandage your broken head, or serve you beer.. They’re awesome!